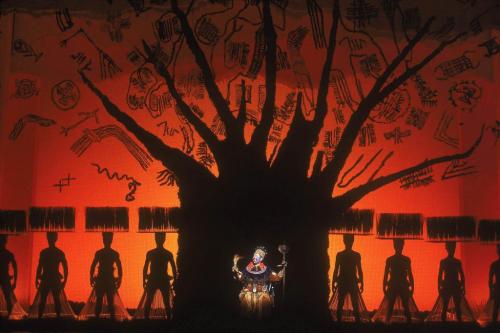 As I took my seat on the opening night of The Lion King I have to admit that I was curious as to how this show would hold up against the other entertainment media of this millennium.

The Lion King first hit the stage in 1997 and in today's industry pretty much everything is either 3D, IMAX, or so heavily manipulated by CGI (computer-generated imagery) that even personal nightmares seem a little outdated.

With half the audience under the age of fifteen, we were sure to have the verdict, and quickly.

As it turned out, as with most things that have been enhanced, they just don't compare to the real thing, and The Lion King is the real thing.

Disney producers knew they had a good thing when they came up with the original animation, and they really hit the jackpot with the stage production. Given the change in medium it was surprising to see how close they kept to the original script, keeping all the best lines and capturing the essence of the characters.

And the production is still wildly entertaining today. The little girl sitting next to me could verify that. She nearly jumped out of her skin when the animals came down the aisles in the opening act. They were so close she could reach out and touch them and would have, if not for her mother holding her in her seat.

All aspects of the theatre were utilized, giving a feeling of being in the middle of the action, so much so that later on, when the hyenas came slinking down the aisles, the little girl beside me curled into a ball in her seat and didn't unravel herself until the intermission. I kind of chuckled to myself, until I saw one up close.

The performers were outstanding: dancing, acting, singing, most doing all three. Nicholas Carriere took on the role of sinister Scar (standing in for J. Anthony Crane) and nailed it. His delivery, timing, and clarity of voice were right on the money. Adam Jacobs was a stellar Simba and we didn't get to see nearly enough of the amazing Dionne Randolph as Mufasa.

Syndee Winters was perfect for the role of Nala: fiercely talented with a beautiful, melodic voice. And what can we say about the incredible Brenda Mhlongo who plays the shaman Rafiki. David Foster should be so lucky to work with talent like that.

The rest of the cast was impressive to say the least. In theatre nothing happens without the essential union of a great cast; the devotion to perfection was clearly evident. Even the performers who didn't have lines seemed to speak to the audience through their movement, and what a conversation they were having.

Julie Taymor has credits the length of her arm for this production: director, costume designer, mask/puppet co-designer (with Michael Curry) and song writer. She has an equally long list of outstanding, well-deserved awards that reflect her expertise.

The music was magnificent. Songs by Sir Elton John, Tim Rice, and a host of others. It would have been a bit less distracting though if the performers' microphones had been turned up just a tad. Their voices were beautiful and strong but they were no match for the live orchestra stage front, left, and right.

The overall vision for the show is fantastic. It's like one of those enormous paintings you see in the Louvre where the artist has carefully covered every corner of the canvas and you sit back and marvel at how they got everything in the proper perspective.

On the beach with the Bard