Shrek vs the Prince of Persia 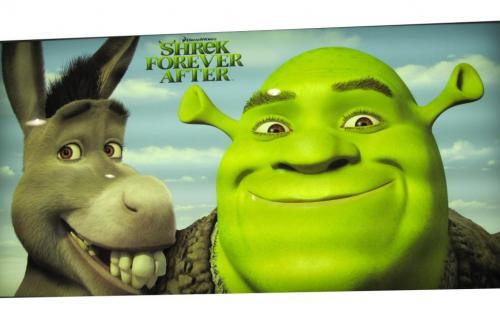 The Prince of Persia - The Sands of Time

At first glance there may not be much these two films have in common, other than the hyphen. But I suppose if you look closely and long enough at most things, you can find something to link them up.

In The Prince of Persia, Dastan is just discovering his inner prince. He happens upon a dagger which spurs a series of choices that lead to adventures, a little time travel, a lot of soul searching, and the occasional gratuitous flash of abs. I won't spoil the ending.

In Shrek, life in the swamp's been a little routine lately for Shrek and he needs to re-connect with his inner ogre. This spurs a series of choices that lead to adventures, a little time travel, a lot of soul searching, and the occasional gratuitous flash of abs. I won't spoil the ending.

See, it can be done. 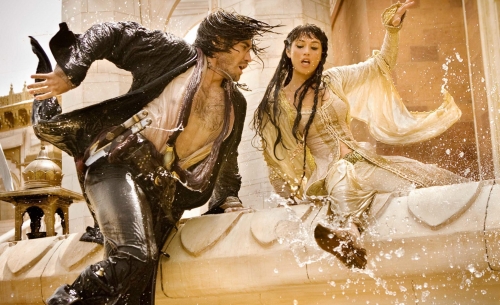 When entering the theatre to see Shrek, it was a little disappointing to see how many seats were vacant. It's generally a much more energy filled experience when you have a packed audience.

Though the film could have stood on its own without the 3D effects (those glasses aren't much fun; especially if you already have a pair of regular ones on your face), the action was non-stop and the story engaging.

The jokes were great and the babies were crazy cute, but it was the cat who clearly stole the show. Awesome timing.

In the end, it really didn't matter how many people were in the audience because those of us who were, were laughing so hard we gave a whole new meaning to the term surround sound.

Stepping in to see The Prince of Persia was like being in the middle of a big over-sized video game, which was exactly what the film had promised. The urban running scenes (or whatever that sport is called) were fantastic and the time travel was magical. We weren't the only thing that was captivated for the entire journey.

Okay, so no-one in the film was actually Persian in real life. So what?

Fiona's not a real ogre, and Shrek has had his doubts.

Both films hit the mark with fantastical journeys, wizardry, not-so-gory fight scenes (much appreciated) and fabulous costumes. Yes, there's more kissing in Shrek than there is in Prince.

Most of us were there for the real magic anyhow.

Both films deliver strong messages about the power and value of destiny and true love, and that's got enough heart to melt a witch or an eyelined uncle.

They're good fun, and what's not to like about that.