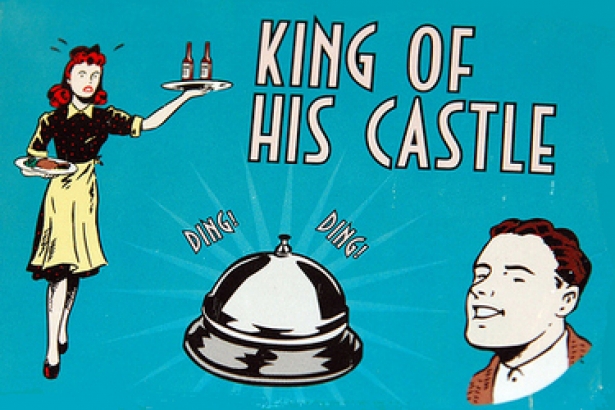 Over the past few days, I've been reading too many stories, mostly from Jezebel, about relationships that both sicken and fascinate me. I’ve no idea when I became so morbidly curious, but these stories make me wonder, are the subjects of the stories in misogynistic little bubbles that the modern world has failed to pop? Or, am I deluded in thinking that equality between the sexes isn't a distant dream?

Take for example The Real Housewives of New Jersey’s Melissa Gorga’s new book Love Italian Style. Gorga gives advice  based on her marriage, including tips like:

Honestly, it just gets worse. If you have to find out more, read the book, but please don’t support that garbage. Instead, read Jezebel's story on it here.

My second example of men and women gone insane, is the blog 300sandwiches. In this blog, a woman makes it her mission to make her boyfriend 300 sandwiches so that he will propose to her. It’s not like she just thought that this would be a funny experiment as to see how much her boyfriend likes food. No. Her boyfriend actually suggested it. Yes, he suggested that if she were to make him another 300 sandwiches, she would get an engagement ring – FOR BEING SUCH AN OBEDIENT WOMAN. YAY! At one point he even asks her why she hasn't made him a sandwich yet, after being awake for a whole 15 minutes.

But it’s not just the women that have been showing themselves in awful light this week, it's the men too. Although, of course, they’re the entitled ones so the angle is slightly different.

Sleepless in Austin shows an entitled and spoiled man demanding certain attributes in a woman that he will then consider dating. Some of the specific qualities he’s looking for include: attractive, not-fat, not-black, not-pierced, not-tattooed, non-smoker, not-slutty and no breast implants. Also, if you have children, forget it, for physical reasons I'll let you just guess at.

So, here’s my question: Is it suddenly fashionable to adhere to rigid gender roles  that verge on oppressive and objectifying? Why are people displaying their horribly abusive and unhealthy relationships to the media? Is this just me trying to rationalize something that I don’t want to admit, that feminism has not changed the relationships between men and women as much as I had believed?

And who's to blame?

The media has made such a sham out of relationships and marriage that the idea of what is healthy and what is not is somewhat lost on my generation. But, honestly, with role models like Thickie and Miley Cryrus how are we supposed to know what it means to have mutual respect for one another, to support each other in whatever it is you want to do, to accept and love a person for who they are, not what you wish them to be?

The stars that most grace our screens are not the ones who live in healthy and understanding relationships (I’m thinking Tom Hanks and Rita Wilson, Jennifer Garner and Ben Affleck, even Brangelina!) Instead, we have Rihanna and Chris Brown, Kim Kardashian and Kanye West, Jay Z and Beyoncé, Heidi Montag and Spencer Pratt. I’m not saying their relationships are all bad. I can't be the judge of that and I don't want to be either. But the men are domineering and often show less than appealing views of women, while the women, who are often quite powerful, or with at least the potential to be, seem to lie down and accept that their partners don’t respect women, and by extension, them. 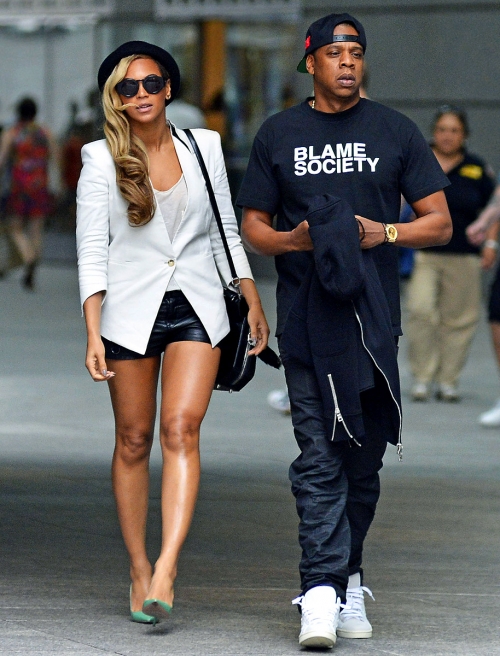 It worries and frightens me that in this day and age we're seeing such unequal and unhealthy relationships spread across the Internet, displayed as if they were ideals to live up to. I'm scared for my friends that might fall into one of these kinds of relationships and validate it because someone famous has done something similar and then poses with a strained smile that screams out for help. I'm scared for my nieces and nephews, for my neighbour's kids. I'm scared for the kids that I teach and have taught. I'm scared for my own kids, if and when I choose to have them. What kind of world are we setting up for them? What are the role models we displaying to them? Where are the rational people that speak out against the actions of the people from the examples above? Are there really still this many people that do not consider women equal to men?

So many questions, but only time can tell.

Ten-year-old as sex symbol: Thylane Blondeau and the troubling choices of Vogue Enfant