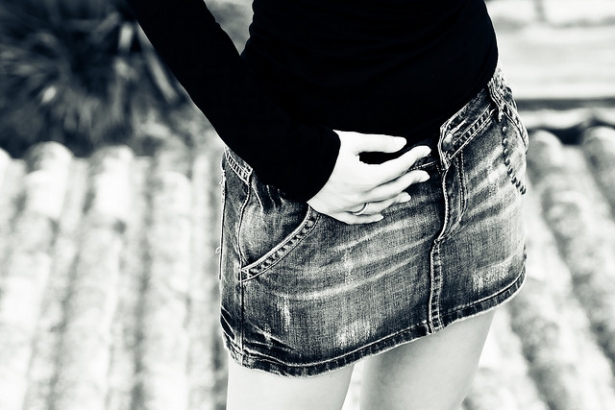 The 16-year-old Steubenville rape victim went through a horrifying rape ordeal – she was raped, tossed around like a sex toy, photographed and mocked. It just didn’t happen once and stopped, but it happened again and again, countless times, when people posted messages, photos and videos of the assault online, and shockingly blamed her for her situation. Her “fault”: she was intoxicated and had passed out.

To me, every person who photographed her, posted the photos and videos online or even viewed it for fun, took part in her horrifying sexual assault.

The disgusting patriarchal mindset around a woman’s body made my head dizzy. The whole stance to the case, especially the unethical media coverage had me nearly throw-up in disgust.

No woman calls to be raped. Just because she is passed out, she is incoherent, or she is skimpily dressed – does not mean she should be raped. What kind of a demented argument is that?

Even for argument sake, if a woman has committed the most atrocious crimes on humanity, it does not qualify her to be raped. For that, there is the court of law, justice system.

No woman should be raped. Period.

The shifting framework of rape culture:

We keep shifting our framework of understanding rape culture – first to women for being drunk, or skimpily dressed or being out at night, then to a specific culture and if all else fails, to the security system of a nation. I am not saying nations are not responsible for the safety of their women (and men). They need to make tough legislation and more importantly, find ways to stringently implement the law. But we need to expand and correct the framework as well, as there is an inherent danger in understanding rape in the framework of culture and nationality rather than the actual reasons of maintaining a patriarchal order and plain discrimination resulting from racism.

We need tougher laws, tougher legislation, but what we need the most is: change in mindsets. We need to start focusing on the evil of patriarchy and bring attention to the following:

-       to inherent power imbalance between a man and a woman,

-       to economic inequalities between a man and a woman

-       to media depiction of women as objects of lust for men

-       to lawmakers – majority of who are men, instead of focusing on a woman and her choices.

No culture, no nation, no religion, no scripture allow and sanction such disrespect to women, or for that matter to any fellow human being. So bring the argument to the framework it belongs to – the constructed social concept of patriarchal order where men think they own and control women and their bodies. This mindset is especially dangerous to women who are in vulnerable positions.

The other important framework in which we need to understand rape culture is – racism.

A TrustLaw expert poll identifies India as one of the World’s five most dangerous countries for women; the other: Afghanistan, Democratic Republic of Congo, Pakistan, and Somalia.

But Save Wiyabi Project, an advocacy group has called this “problematic”.