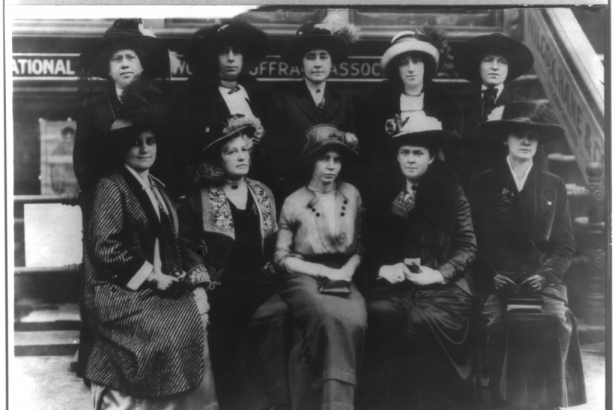 Announcing a new blog on being young, feminist and Canadian. VO Feminista bloggers share personal stories about coming out as feminists.

Vanessa Saw: Bra-burner. Man hater. Butch. Feminist stereotypes may be fabricated from historical events, but their connotations are far from the truth. The power of these labels has turned the feminist movement into a practical joke, an activity that women may participate in to legitimate their inherent whiny behaviour.

I have been fortunate to grow up in an environment that promoted a female power. It is an inevitable result from my 13 years in all-girls education environment, which I regret to admit, was taken for granted. At most, I was thankful for the lack of male presence at school – it shortened my morning routine, granting me 10 extra minutes of sleep. Moreover, the confidence I developed at school was lost in translation beyond school grounds.

When admitting to strangers that I’ve only had female classmates since the age of six, they would express their pity for the oppression I’ve apparently suffered. Then, they would ask one of two questions, “So, are you a lesbian?” or “So, are you a feminist?”

When I left for the East Coast for University, these questions came up more often, along with “So, did you take part in the Vancouver riot after you guys lost in the playoffs?”

While these subjects remained sensitive, I regretted to inform them that I was neither a delinquent nor a lesbian but always avoided admitting that I was a feminist. In truth, I had no idea what a feminist was. It wasn’t until a couple months into my Women’s Studies class that I understood the complexity of feminism.

Feminism is so broad that its aim to liberate “women from all types of oppression and in providing solidarity among women of all countries” leaves much room for query. At first, I approached the material with strong skepticism, which eventually manifested into skepticism towards how I’ve been socialized to become an anti-feminist.

Both men and women believe that feminists aim to exterminate the male population and establish a matriarchal society. Ironically, many girls are afraid of the feminism because they believe it will strip them of their “femininity”. As a result, they give into what the media and gender norms dictate how girls should be: beautiful, docile and a homemaker.

Michelle Pham:  My issue with the way contemporary feminism is sometimes viewed by misinformed critics of feminism who claim that there is nothing more for women and girls to fight for. Feminism is not a lack of femininity. Feminists are mothers, daughters, mathematicians, lawyers, janitors, writers, chemists, poets and designers. We put our baseball caps on and we slip our stilettos on. There is no generic feminist. And here’s the shocker: Men can be feminists too.

Feminists aren’t fighting to trump men, they’re advocating for issues pertinent to the health, status and rights of women. For International Women’s Day, I want us to think about the varying forms of feminism in the world. Feminists don’t always wield signs outside of Capitol Hill promoting Planned Parenthood; there are feminists who make their mark by pushing to receive an education or to run a small business in other parts of the world. I’m a liberal feminist and I came out at the age of 12 when my parents banned me from sleeping over at a friend’s house on the basis that I was a daughter living in a traditional Asian household.

As an advocate for women’s rights, I’ll always write about things that make me think - and hopefully you’ll do some thinking too. Regarding the femininity in feminism, I have a closet full of dresses and a shelf full of books.

Tatyana Olal: “Coming out” as a feminist was not so much a choice, as it was a responsibility. While reluctant to admit it, my perception was changed by taking a Women's Studies course. I was compelled to put my comfortable and familiar world under scrutiny, in order to realize a much more difficult reality.

My initial leeriness of the stigma attached to feminism was overshadowed by a sense of obligation devoted to effecting change. Issues of gender became impossible to ignore, and so it became impossible to keep silent. Today, I aim to promote women’s equality through my support of media outlets, which respect and represent strong and positive female role models. My interest in culture will lend itself to writings that will hopefully bring about self-reflection and inspire others to also use their voice.

Kim Truong: Having gone to an all girls’ high school, and having never been known as one for conformity, I never thought I’d ever come out as a “feminist.” However, five years at my little Vancouver high school has taught me that sometimes conformity isn’t always a bad thing. In tenth grade, I took a mandatory planning course in which we spent months discussing gender roles in society, the definition of feminism, and the women’s movement.

I found it disconcerting that when a woman calls herself a “feminist,” she is often immediately slotted into the “men-hating, non-shaving” feminist category or the “think like a man” category. There didn’t seem to be a happy medium. Today, as I balance my work for advocating women’s equality, membership in the sorority Alpha Chi Omega, and role as a Senator in my school’s male-dominated Student Government. I strive to redefine feminism in looking for that aforementioned crucial but elusive happy medium.