A farmer in West Bengal returns from ploughing the fields. Photo: Douglas Olthof

I can well imagine many readers reacting to this question along the lines of ‘What a silly question. Isn’t it obvious?’  Well, yes, it is, at least on one level. ‘Being poor’ surely means ‘not having enough’, or ‘being deprived’? But not having enough of, or being deprived of what? The obvious answer to this question is probably ‘Not enough money’. But then that only raises the question of ‘Not enough money for what?’ ‘Not enough money’ for some people, clearly, might be a fortune for others. This is particularly obvious when we think across societies. Poverty in our own society might still mean having all sorts of things, like television sets, fridges and motor cars that a poor woman in Lesotho, say, probably can’t even dream of. So answering the question ‘what is poverty?’ really is a bit more complicated than we might think at first.

The standard definition of poverty – the idea of poverty that is referred to in the first of the UN Millennium Development Goals - is in terms of income. It says ‘Halve, between 1990 and 2015 the proportion of people whose income is less than $1 a day’. Why $1 a day? This is because a good many years ago now it was reckoned that one dollar a day, or its equivalent, was just about the minimum that an average person required to be able to live at all. The reasoning behind this idea of poverty is that a person needs to have at her disposal goods or money enough (with which to purchase those goods) to be able to consume food and other essentials so as to feed herself adequately. It’s a very minimalist notion of ‘having enough’, and not quite clear whether it includes an allowance for clothing and shelter, or keeping warm (which can be a problem at some times of year even in very warm climates … some people die of exposure every year, for instance in the North Indian winter).

In defining poverty, economists calculate how much it costs, in a given place, to purchase a ‘basket’ of essentials, to supply enough calories (which means dietary energy) for a person to be able to live. We think that it is calories that really count because if a person isn’t consuming sufficient calories then protein-rich foods don’t do them much good, because the body converts the protein into energy. A country’s ‘poor’, then,  are the people who cannot afford the basket of essentials for supplying the minimum amount of food energy.

This measurement of poverty involves all manner of assumptions and measurement problems, and so it is that even in India – the country in which most intellectual effort has gone into defining and measuring poverty – there are now several different more or less official measures of the numbers of ‘poor’ people in the country, ranging from about 27 per cent of the population to as much as 80 per cent.

But in any case, does income alone adequately define poverty? An Indian economist who studied villages around his home over a twenty-five year period found that according to the way of understanding poverty that I have just described, people got poorer. But when he talked to them about how they themselves thought of changes in their standard of living he found that in very many ways they reckoned they had got better off. They were able to eat a greater range of foods, for instance, their homes were more secure because they had locks on their doors, and they didn’t depend any longer on landlords if they needed small loans. The people in the villages thought of poverty in terms not only of ‘having enough income to survive’, but also of ‘having some assets (wealth in some form) that make for security over the longer run’. And last but far from least, they thought of poverty in terms of being independent – in terms that is, of having self-respect. 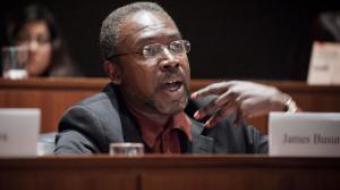