Wild salmon advocate learns $75,000 lesson in court so you won’t have to 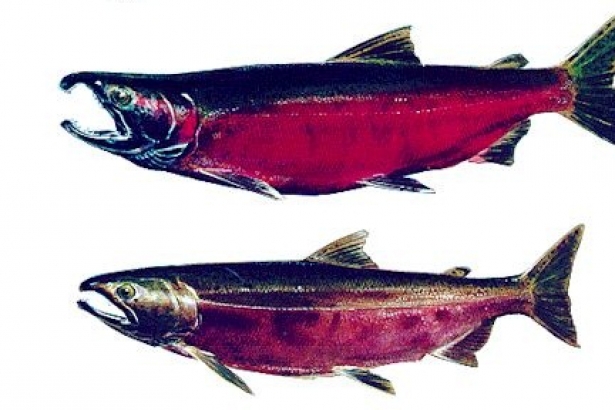 Recently the BC Court of Appeal fined an anti-fish farm activist named Don Staniford $75,000 plus court fees for defamation. Staniford’s work to advertise the dangers fish farms pose to wild salmon stocks did not constitute fair comment, said the judge, because he failed to adequately cite scientific information.

Although the BC Supreme Court ruled Staniford’s message legally fell within his right to ‘fair comment,’ the BC Court of Appeal overturned that decision, saying Staniford’s claims failed to fully meet the requirements needed to invoke fair comment protections. What he neglected to do was ‘sufficiently state’ the factual basis of his claims on what the court deemed to be the defamatory pages on his website and a press release.

Although Staniford provided access to scientific information elsewhere on his blog, the court was not willing to consider the website’s content as a whole.

The crucial element of the ruling lies in this one detail: the court agreed that Staniford would have qualified for the defence of ‘fair comment’ to win his case if he had been clearer about where his information came from.

For activists, advocates, citizen journalists and campaigners working on issues related to big industry in Canada, the BC Court of Appeal’s decision is likely to cause some concern.

Andrew Gage, staff lawyer at West Coast Environmental Law, says that “there is a real risk that the decision will chill legitimate public debate” in Canada, especially from within the activist community.

“In general deep-pocketed companies suing individuals is not a level playing field and has the effect of silencing industry critics. Moreover, defamation law, despite some important advances in recent years, in my view still favours private interests over public interest debate,” he told DeSmog Canada.

Although, he adds, “it’s not all a bad news story.” Individuals are still free to discern what science is reliable and what science may reflect the interests of industry.

“The BC Court of Appeal decision left untouched the ruling by the BC Supreme Court that judges should not choose between different versions of the science, allowing activists to speak about scientific information that may be at odds with industry-funded scientists,” he said.

The issue of sufficient citation, however, stands.

“On the other hand” he said, “and this is where the court didn't think Staniford did enough, activists will apparently need to be very active in directing the public to the scientific or other factual information on which their statements are based. While that may be reasonable for articles and blog posts, it could be challenging for some forms of graphic activism - bumper stickers and posters, for example.”

Another notable aspect of the case is the divide it draws between corporate accountability and the duties of individuals.

Individuals like Staniford are responsible for actively citing scientific sources to defend their claims regarding industrial practices. On the other side of the public arena, especially in advertising, industrial corporations are not.

Just think back to Enbridge’s embarrassing removal of the 1000 square kilometres of islands dotting the proposed oil tanker route off the coast of British Columbia. Although Enbridge most certainly misinformed the public about the dangers of oil tanker traffic associated with the Northern Gateway Pipeline, the company was not held accountable to the public in doing so.

Advocates for an oil free coast, however, may find themselves in legal trouble if they aren’t careful to cite their sources when criticizing Enbridge.

The farmed fish industry is also legally allowed to advertise farmed salmon without citing scientific research on the negative health and environmental effects of farmed salmon production and consumption.

According to Gage, the overall problem with BC’s fair comment laws lies in the general imbalance within the legal system. Most essentially, critics of industry should be free to oppose industry without the fear of harsh reprisal.

“We can all press for laws that strike a better balance,” he says. “Quebec has banned lawsuits aimed at silencing public critics (known as SLAPP suits), while Australia has banned large companies from suing for defamation at all.”

“BC,” he adds, also “needs laws to protect free speech.”

Staniford, who has temporarily suspended activities on his blog, plans to take his case to the Supreme Court of Canada.