Who counts the emissions when you export them? 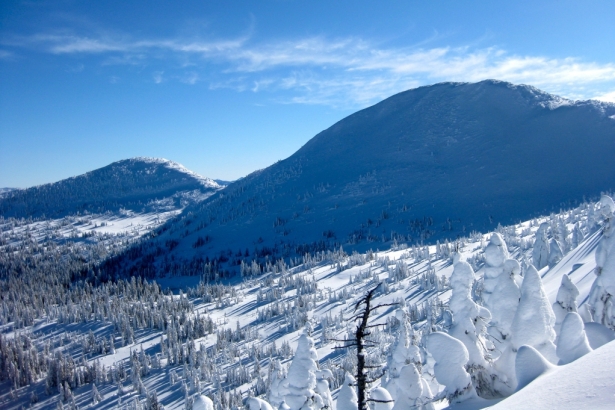 British Columbia is a green province. The natural splendour of the province is world famous; Tourism BC proclaims ‘Super, Natural, British Columbia’ the mountains are overrun by Australian skiers and even the licence plates on the cars will tell you (with somewhat un-Canadian brashness) that ‘Beautiful British Columbia’ is ‘the Best Place on Earth’.

Vancouver is aiming to be the greenest city in the world by 2020, and the Provincial Government aims to reduce their carbon emissions by 33 per cent from 2007 levels by 2020. All this greenness is wonderful; Canada! Environmental leaders!

But how does that square with the predictions for carbon exports in BC? What about the people who stood in front of coal trains to protest coal exports, the Northern Gateway pipeline, the Kinder Morgan pipeline expansion, the Port Metro Vancouver expansion, and all the natural gas fracking projects in the north?

Can BC still claim to be green when we’re simply exporting carbon to be emitted elsewhere?

According to a report released last week by the Sightline Institute, a think tank based in Seattle, the Pacific Northwest is poised to become a major global carbon export hub for coal, tar sands oil and natural gas. The report found that if all the current proposed fossil fuel expansion planned in the Pacific Northwest went ahead, the emissions from that exported carbon would be 761million tonnes of CO2 per year, or 12 times all of BC’s carbon emissions.

You read that right – the province and fossil fuel companies are hoping to be able to export and conveniently not count large swathes of emissions that would be significantly contributing to the amount of carbon in our atmosphere, and therefore climate change. 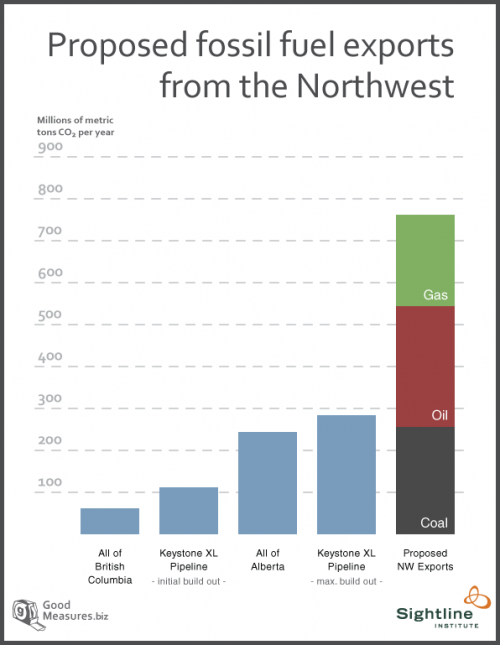 The problem with this expansion is not just who is responsible for counting the carbon at the end of the day; it’s also about infrastructure investment. When you build something, you spend the time and money building it in the hopes that you can use it profitably over the next few decades or more – think roads, bridges, power lines etc.

The same thing applies for coal rail expansion, pipeline expansion and new pipeline installation. These are not being built for one season to be replaced next year – they are designed for long term profitable usage, which also implies long term increasing carbon emissions.

This creates two scenarios for BC. We are either planning to build the infrastructure for the next decades of fossil fuel expansion, in which case we should admit we will be seriously increasing carbon emissions, or we are planning to build the infrastructure that will be abandoned as the rest of the world transitions to a post carbon economy and no longer needs dirty oil or coal.

The value of any fossil fuel infrastructure is in the profit made from selling the carbon to be burned. Therefore, we need to be calculating the impact of the future carbon emissions of the infrastructure when we work out if this is the future we want for our province.

Even if you don’t have an issue with profiting from the export of carbon emissions (which is a misnomer- they’re still emitted into the atmosphere we all share), the expansion of the proposed fossil fuel projects in BC will increase our domestic emissions as well, which do get counted.

The calculations in the Sightline report didn’t include the upstream emissions for extracting, mining, refining, processing, handling and transporting all the fossil fuels, which despite promises of ‘green power’ for natural gas fracking in BC from the provincial government, will increase the emissions from our province.

If BC is serious about reducing our emissions from 2007 levels by 33 per cent by 2020, it needs to start seriously thinking about the long term ramifications of fossil fuel infrastructure and expansion. We need to start thinking about how much carbon these projects are projecting to emit over the next two decades and whether this expansion fits into our carbon budget.

More importantly, we need to be thinking about whether the business we want to attract to the Pacific Northwest are ones from last century with an expiry date, or ones of the new post carbon economy that is coming in the next decade.