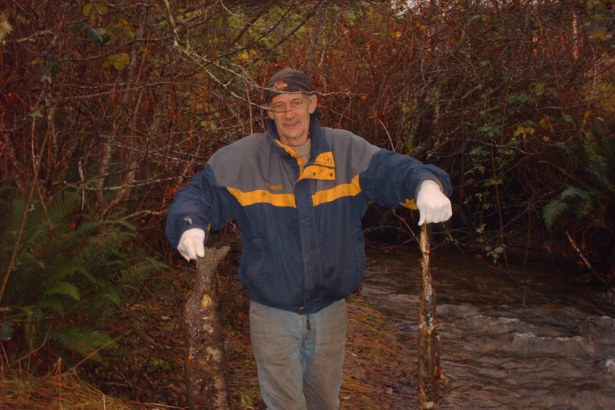 This article is based on interviews of three lawyers, the Protesters’ Guide to the Law of Civil Disobedience in British Columbia, and Civil Disobedience: a legal handbook for activists (1999). Some of the sources provided conflicting information. Nothing in this article should be construed as legal advice. Persons considering peaceful civil disobedience need to speak directly with a lawyer.

On Cortes Island, after last week’s blockade,Island Timberlands informed the protesters that it would not seek an injunction this week as expected, and would meet with Cortes representatives.

Cec Robinson of Cortes Island told the VO, “We hope that the meeting Island Timberlands asked for this week will result in resolution of the conflict.  If we fail to achieve agreement, we expect that Island Timberlands will seek a civil injunction. If an injunction is ordered, we want people who choose peaceful civil disobedience to fully understand the implications of their choice. We also want everyone to know that their presence at the protest is very important, whether or not they choose to risk arrest.”

If a solution to the conflict on Cortes is not found, people who are considering violating a civil injunction against blocking Island Timberland’s access should inform their choice with knowledge of: 1) all the possible consequences; and 2) consequences that have commonly occurred in the past. In addition, they should retain a lawyer.

According to lawyers with experience in this area of practice, a corporation can obtain a civil injunction on an ex parte basis, with no representation of the persons against whom the injunction is sought.  If the persons committing peaceful civil disobedience have already retained a lawyer, they have a right to be represented and have arguments presented on their behalf regarding their constitutional rights.

Once a civil injunction is issued, it is presented to the persons committing peaceful civil disobedience. If the blockaders persist with knowledge of the injunction, the corporation will return to court for an order holding them in contempt of court. The RCMP may enforce that order and take the blockaders into custody. The RCMP commonly gives the blockaders time to disperse and arrests only those who choose to remain. The blockaders will be held at the closest possible processing center (there is one on Quadra Island) before being brought before a judge. The hearing before a judge usually occurs within 24 hours.  The charge is usually criminal contempt of court. A sentencing date is set.

According to two lawyers, common penalties include a fine of a few hundred dollars and/or community service. Jail time is possible but less likely. According to a third lawyer, jail time should be expected. During the Clayquot blockades, jail sentences ranged from several days to over a week for the first time violation of a court order. (One Clayquot veteran recalls at least one six month sentence.) Two of the lawyers noted that during Clayquot, the courts issued sentences of increasing severity to send a message to a large numbers of people and to persons who repeatedly violated court orders.

Blockaders might be released if they are willing to sign an undertaking that they: 1)  will return to court for sentencing at the scheduled date; 2) will not return to the site of the blockade; and 3) will not engage in other illegal activities. The length of time until sentencing can depend on the number of people involved and whether they choose to plead guilty or contest the charges.

If persons violate the undertaking, the stakes get higher and jail time is a near certainty. In the past, jail terms have ranged from seven to fourteen days for persons with no prior record. Betty Krawczyk,[iii] who repeatedly blockaded in violation of court orders, spent 10 months in jail at one time.