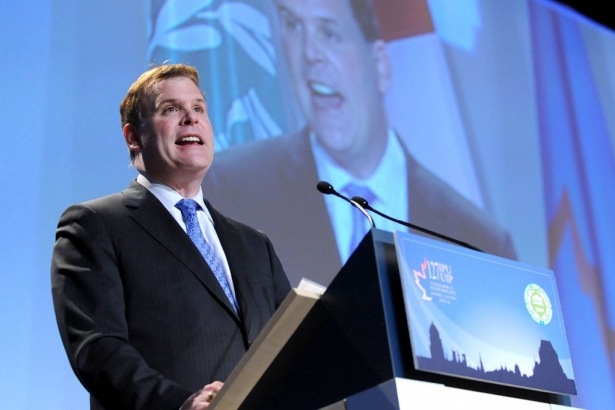 Newly appointed U.S. Secretary of State John Kerry will meet on Friday with his Canadian counterpart, Foreign Affairs Minister John Baird. In any such bilateral meeting, it is paramount that each participant trust the words of their counterpart. After all, when it comes to the world of diplomacy, where wars are settled and treaties are signed, there's little more than words and trust.

As a former employee in Canada's Foreign Affairs, I have attended many bilateral meetings with foreign dignitaries. If I were advising Kerry, I would suggest one question he should ask of John Baird to see if he is an honest broker.

The question: "Is Canada committed to confronting climate change?"

John Kerry is, and has been for a long time, a vocal leader on the issue of climate change. Sources inside his former Senate office have told me Kerry regularly expresses his commitment to act on climate change and understands the imperative of curbing water and air pollution to safeguard the economy.

Canadian Minister John Baird has a very different stance towards the climate change challenge, preferring to express contempt for proposals to implement market-based solutions to Canada's soaring greenhouse gas emissions. For example, just last year Baird told Parliament that the Harper government disbanded the National Roundtable on Energy and Environment because they did not like the Roundtable's recommendation that Canada adopt a tax on carbon.

For the record, polls consistently show that the majority of Canadians are in favour of a tax on carbon pollution.

When it comes to the issue of climate change, Kerry and Baird are diametrically opposed. If Baird is honest with Kerry he should explain to the freshly minted Secretary of State the rationale for the Canadian government's backtracking on international commitments to address climate change. Perhaps he can also explain why his party is currently running a national attack ad campaign against the Opposition party for proposing a carbon tax.

On the other hand, perhaps Baird will instead try to steer the conversation to what the Harper government considers a much more important and dire issue: President Obama's approval of the controversial Keystone XL pipeline that would pump millions of barrels of Canadian tar sands crude to U.S. refineries to largely serve an overseas market.

Kerry, being the savvy diplomat he is, could (and hopefully will) point out to Baird, that any conversation about the fate of the Keystone XL pipeline is intrinsically tied to Canada evolving its postion on climate change. If Canada is serious about aligning with the U.S. on climate policy, as Stephen Harper has expressed, then Baird should be fully briefed and ready to cooperate based on President Obama's stated commitment to tackle climate change in his second term.

In his inaugural address two weeks ago President Obama said:

"We will respond to the threat of climate change, knowing that the failure to do so would betray our children and future generations."

If Minister Baird is honest with his counterpart, he will admit as much to Secretary Kerry. Anything less than honesty on Baird's part will start Canada's relationship off with the new Secretary of State very poorly. It is a tough position for Baird to be in, but it is one created by the Minister and the Conservative government itself.