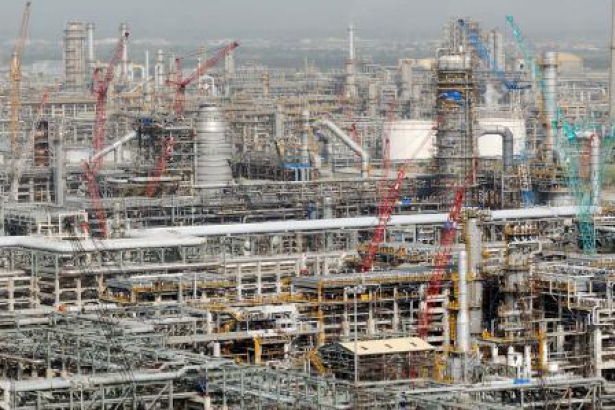 The most moving moment of the Enbridge Northern Gateway Joint Review Panel hearings in Prince Rupert which wrapped up Saturday were spoken by Lee Brain, the 26-year-old son of an oil executive.

Here is an excerpt of his speech:

My oral evidence today comes in the form of a story, an experience I had three years ago which directly reflects the impacts this project will have on me, and my community.

The story begins after a lifetime of debating with my father -he thought it was high time for me to finally experience first-hand the magnitude and power of the oil industry.

So in the summer of 2009, I had the opportunity to spend one full month on one of the world’s largest oil refineries, producing 800,000 barrels of oil per day. At the time, it was under an expansion project to produce up to an astonishing 1.2 million barrels per day and for confidentiality reasons, the company and details of the project will remain unnamed.

The catch was that this refinery was in a very rural area in a northern province of India -- right on the coast of the Arabian Sea, and bordering Pakistan.

So here I am, 23 years old traveling to India, and needless to say, tensions were high upon arrival. Coming through the airport, between the H1N1 virus outbreak and the one year anniversary of the Mumbai Terrorist Attacks of 2008, the military presence was simply overwhelming.

I landed in Mumbai, or Bombay to the locals, and spent a day travelling to the northern province of Gujarat, Ghandi’s home province. Situated outside the small village of Jamnagar, I stayed in a secured complex surrounded by high walls, meant for expatriates -- in literally the middle of nowhere. The land in the region was primarily used for agricultural production, but due to the strategic location on the Arabian Sea, naturally there was large military and industrial presence in the area as well.

Each day I would wake up at 6 a.m., and travel roughly an hour to the refinery. Guarded with AK47s, I remember the first day of my arrival I had the whole place in a stir, wondering why I was there. And to tell you the truth, I was thinking the exact same thing. It’s not easy being in a foreign country, being the only young Caucasian male in sight, amongst 50,000 workers constantly staring at me. But my fears quickly subsided as I spent more time there each day, and learned about the gracious, kind and humbled culture of the East -- regardless of the portrayals the media would have you believe.

I spent each day with two to three different managers from each department, and was able to learn a large portion of each faculty of discipline during my time there. I was very fortunate to have received such an in-depth, bird’s eye view of the entire project -- and not even the most qualified engineering intern would have had this opportunity. The experience itself changed who I am, fundamentally, forever.

I am not exactly sure if the average person could fully appreciate the sheer magnitude of the operation, and the intricate interrelationship dynamics between workers, departments, managers and corporate headquarters. It is nothing Discovery Channel would ever be able to portray.

The experience made me question many of the fundamental assumptions I had been making regarding the industry itself. I was realizing just how tricky of a situation we are in globally. My naïveness of the reality and immensity of this substance was not fully actualized until I had this experience. I can say right now, that I fully respect the power of oil.

One such day on the refinery stood out in particular. It was a hot, sunny and humid day, after monsoon rainfall my entire time there -- I think it was most likely the Prince Rupert weather following me overseas -- and on that day a hand full of managers thought it would be fun to take me out to the jetty, where they loaded and unloaded the super tankers. Situated a lengthy route away from the refinery itself, we drove down to towards the coastline.