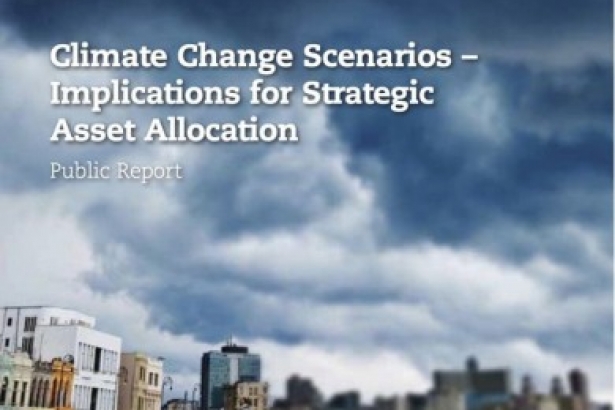 Many of the world’s biggest economic institutions are sounding the alarm on the accelerating climate threat barrelling down on the global economy. The systematic failure to put an effective price on climate pollution has created, in the words of Sir Nicolas Stern “the greatest market failure the world has seen.”

Institutional investors representing trillions of dollars in managed assets are joining the call of world institutions, asking for the market certainty that a global price on carbon would create.

Banks are starting to take note. Last week, the financial sector was warned by one of its own about the carbon bubble.

HSBC, the world’s second largest bank, issued a report last week stating that oil and gas multinationals could lose up to 60 percent of their market value if the world cuts its carbon emissions to limit climate change.

Director of the International Monetary Fund (IMF) Christine Lagarde told the World Economic Forum in Davos, Switzerland: “Unless we take action on climate change, future generations will be roasted, toasted, fried and grilled.”

Lagarde stated, “Good ecology is good economics. This is one reason why getting carbon pricing right and removing fossil fuel subsidies are so important.”

The president of the World Bank also called for climate change to be a focal point for the Davos meeting “because global warming imperils all of the development gains we have made.” Other global economic institutions calling for action include PricewaterhouseCoopers, the UN, and the International Energy Agency.

Because government inaction on climate change is creating unnecessary risk in financial markets, a growing number of major institutional investors are starting to act. More often and more loudly, they are asking governments to take actions such as a price on carbon and public funding to unlock private capital for low carbon infrastructure. They are forming networks like the Global Investor Coalition on Climate Change which represents investor networks in Australia/New Zealand, the European Union, Asia and the UN and moves more than $22.5 trillion in assets. Such groups are seeking high-profile roles in climate change discussions.

The mother of all economic bubbles: ”unburnable carbon”