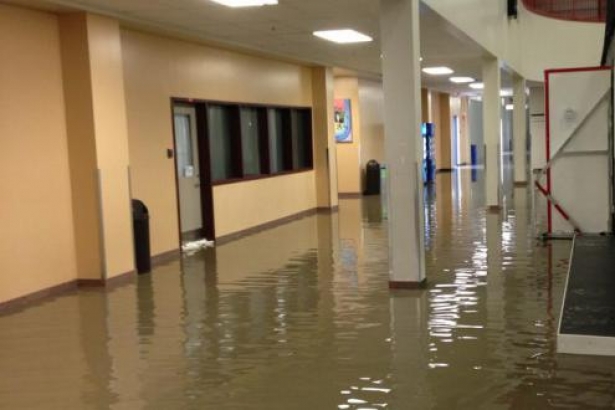 Across Canada, cities and provinces are gearing up for the new reality: Canada’s weather has changed.

Insurance companies will be assessing and paying out claims as the flood waters recede from Fort McMurray following a rain storm that dumped between 80-180 mm of rain over northeastern Alberta.

The rain storm resulted in a state of emergency, with voluntary evacuations about 500 houses and forced evacuations of about 70 houses. A new report by the government of Newfoundland and Labrador warns of the need to prepare infrastructure to survive the “wetter, wilder weather” to come.

In Canada, the Insurance Bureau of Canada commissioned a report on climate trends so that home and business insurers could adjust their rates based on future claims scenarios. Such attention by insurance companies to climate change could help push governmental mitigation and adaptation policies by focussing attention on the difference between short and long term costs of climate change.

In the IBC report, Dr. Gordon McBean,one of Canada’s foremost climatologists, reported that Canada is warming at twice the world average with an increasing number of claims resulting from extreme weather events. In past three years, catastrophic events have cost roughly $1 billion per year.

Examples of insured losses include:

The list goes on. In addition, claims resulting from weather-related events that fall beneath the threshold for “catastrophic” are on the increase as well. Many are linked to infrastructure failure, such as storm and sanitary sewers that can’t handle the increasing levels of precipitation.

McBean relies on the IPCC forecasts in his projections for Canada’s future:

B.C. in particular will experience a doubled rate of warming from the past 50-60 years and will, in general, be warmer and wetter. Rainfall will increase in the winter and decrease in the summer. Snowpack will decline, with an impact on fresh water supplies. Wildfires are expected to increase by 50% by 2050. There’s little research on whether damaging winds will increase but it seems probable. The 2006 storm that felled 1,000 trees in Stanley park cost Canadian insurers over $142 million.

While the ICB report focuses on adaptation, experts agree that mitigation is the most cost effective means of addressing climate change. Most famously, the Stern Report found that unabated climate change could cost the world between 5 and 20% of the GDP each year, while the cost of reducing emissions could be limited to 1% of the GDP each year. Lord Stern also noted that each tonne of C02 causes damages of at least $85 but can be cut at a cost of $25/tonne.