Hundreds gather for Stand Up for Science Rally in Vancouver 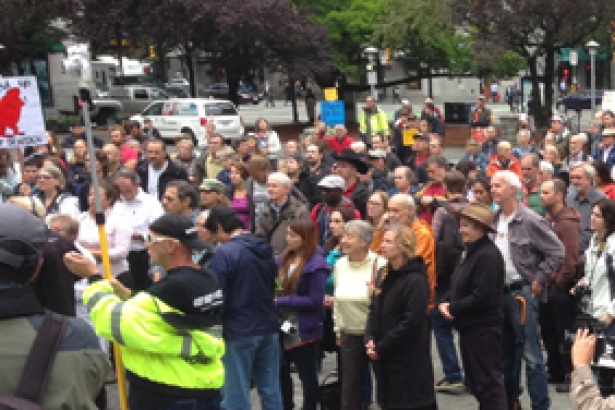 Hundreds of science supporters listened to scientists' recount how the federal government has curtailed the ability of government scientists to conduct, communicate and act on research. For example, Sarah Otto explained how the Environment Minister has kept cabinet from receiving 69 out 71 reports from COSEWIC regarding species at risk.

Dr. Thomas Kerr BC Centre for Excellence in HIV and AIDS,   co-director of the Addiction and Urban Health Research Initiative 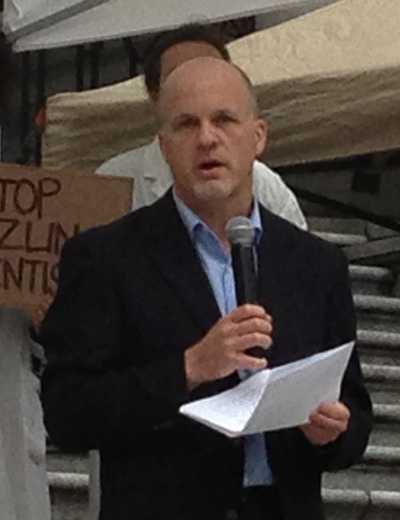 Our story isn’t about funding or being muzzled. It’s about very high level interference in what should be the natural development of policy. A story about immense human suffering, an effective public policy response and government interference at the highest levels. 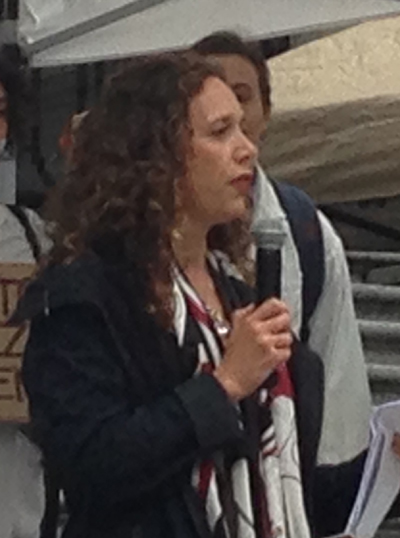 Our government’s plan for 9 million barrels a day is consistent with a world that has 6 degree warming scenarios. The International Energy Agency said that for $1 spent on clean energy technology we will save $4 in dealing with the impacts of climate change.

It is said that knowledge is power and the suppression of knowledge is the oppressor’s most powerful tool. In the last several years, we have experienced a dramatic suppression of knowledge in Canada, a disturbing silencing of some of the country’s most important scientists. Some of our most important scientific bodies have been shut down because this is a government that does not want to talk about climate change and not address climate change and expand the tar sands at the rate they want. 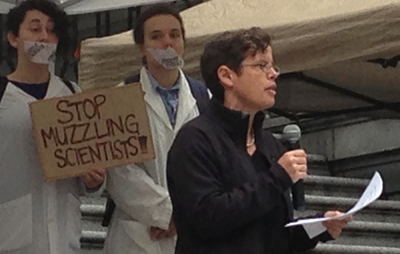 I was talking with a government scientist and they told me about their work and then they told me that they were asked not to publish this work. That disturbed me. But even worse was the reason they were told to not publish their work and that was “we want the public to forget about this species.” I don’t want to forget and I don’t think Canadians want to forget. We want to our children and grandchildren to see the diversity of life that we enjoy around us today.

Scientists serve as an early warning system to Canada. We are the ones who are closely watching how the environment is changing, monitoring species, following invading species and following and tracking diseases. Canada can ignore this early warning system but personally I don’t want that and I don’t think anyone else wants that either. We want to know the risks and potential solutions to the problems we are facing. We want scientists to speak their findings and their concerns openly.

Ignoring science risks walking blind into the future, unaware of environmental and health risks. It takes away our ability to avoid problems early before they get so bad that remediation is a challenge if we can remediate at all. 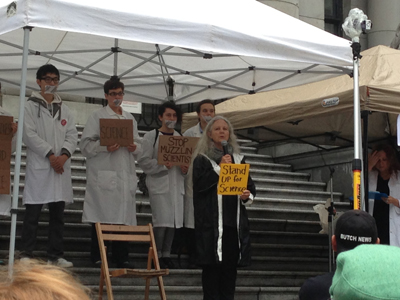