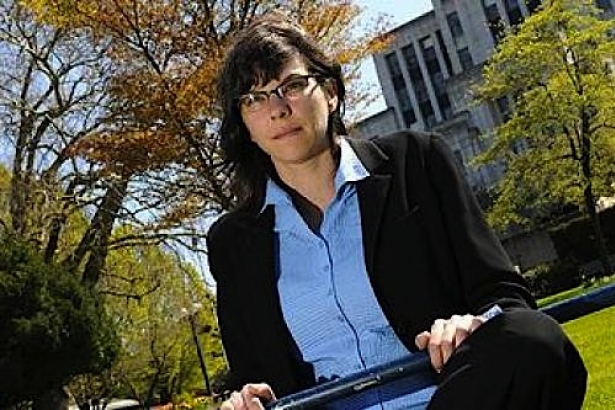 “The City is going to the wall to reduce greenhouse gases on the city service side,” Councillor Andrea Reimer said. “It doesn’t make sense for those incremental gains to be wiped out somewhere else.”

The City of Vancouver just released the staff report requested last January by Council regarding the City’s responsible investment policies. The report doesn’t call for divestment from fossil fuels perhaps because, for the City of Vancouver, divestment is not a simple matter. In San Francisco, city supervisors voted directly to move $583 million in its $16 billion pension fund out of fossil fuel companies. In Vancouver, the Municipal Pension Plan (MPP) is managed by BCIMC pursuant to provincial legislation. According to the BCIMC website, MPP beneficiaries, (which include a number of entities in addition to the City of Vancouver),  are represented by one of seven directors that set policy but are not directly involved in investment decisions.

The staff report notes that BCIMC’s top ten investments alone for MPP funds include $400 million in three fossil fuel companies: Suncor, Canadian Natural Resources and Exxon. The report characterizes these investments as part of BCIMC’s active ownership strategy, in which it uses its shareholder rights to push for best practices, although some investments “may not align with the City’s mission.”

BCIMC is relatively ethical by industry standards. It adheres to many of the industry’s best practices and signed the UN Environment Programme Declaration on Climate Change. But even the industry’s best standards aren’t moving quickly enough to allay the climate change consequences that could cause huge problems for Vancouver’s infrastructure and cost billions in taxpayer’s money.

The staff recommendation could provide BCIMC with a remarkable opportunity to move beyond industry standards. If it divests from fossil fuels, it could better meet its fiduciary duty to its youngest beneficiaries. For example, a twenty three year old beneficiary who is paying into the MPP today will be sixty years old in 2050 and, unless pension funds heed the call to participate in building a low carbon economy, the world will be about two degrees hotter.  Her prospects for a stable retirement will be substantially diminished and, due to delayed impacts of climate change, society will have committed itself to a total of about 4 degrees of increased temperature by 2100. On the other hand, if governments heed the growing demand for climate stability, pensions that hold fossil fuel stocks will plunge in value. Either way, a strong case for divestment can be made.

The City could set precedent with its cash reserves

The City calls the shots on the $810 million it keeps in cash reserves and the staff report recommends positive screening for the banks and credit unions that hold about 90% of those reserves. (The other ten percent is in sovereign debt which doesn’t get screened because it presumably enables projects like roads and bridges). “The City is going to the wall to reduce greenhouse gases on the city service side,” Councillor Andrea Reimer said with regard to the City’s investment policies. “It doesn’t make sense for those incremental gains to be wiped out somewhere else.”

According to Councillor Reimer, positive screening of banks could be part of the City of Vancouver’s “race to the top,” a strategy that paves the way for like minded municipalities to take similar steps.  Positive screening of banks by municipalities has no known precedent and such screening would include banks’ lending practices. An industry insider observed, “This would be an important measure that could create some very interesting conversations between the City of Vancouver and its banks.”

For Councillor Reimer, such conversations are part of the purpose of the initial resolution she put forward calling for the report. “We sent the staff on a fact-finding mission because the money that banks hold for us doesn’t rest there, it’s invested and there’s very little financial literacy regarding how that works,” Reimer said. “There are a lot of steps between where we are now and mindful financial decisions that would align City investments with the City’s core values.”