The Cohen Commission: a report that could save BC's wild salmon 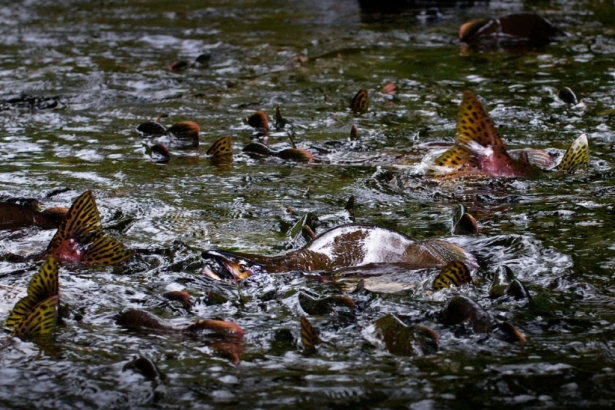 Doctor Craig Orr, Executive Director of the Watershed Watch Salmon Society (WWSS), has made a quick review of the Cohen Commission’s 75 recommendations regarding the Fraser River salmon, and he likes much of what he has found.

In particular, WWSS has asserted for years that the Department of Fisheries (DFO) has a conflict of interest in its duty to promote both farmed salmon and wild salmon, and that these responsibilities should be handled by separate agencies. Justice Cohen agreed, and recommends that DFO be released from its conflicted mandate and that the promotion of aquaculture be moved to a different department.

Justice Cohen also recommended full funding and immediate implementation of the 2005 Wild Salmon Policy. Dr. Orr was pleased that the Cohen Report criticizes recent changes to the Federal Fisheries Act , which now focuses protection solely on commercial fisheries rather than promoting biodiversity and adopting ecosystem based management practices. In a press release, Justice Cohen recommended that the federal government re-implement the 1986 Habitat Protection Policy of No Net Loss: “The goals of the Habitat Policy and it No Net Loss principle are sound and should be retained.”

Dr. Orr pointed out that, while DFO has $75 million to put toward aquaculture promotion, it has never found the funds to implement a sound policy that would protect wild salmon. He was glad to see Justice Cohen’s recommendation that DFO have a budget that allows it to engage in proper research and planning for survival of the wild salmon.

Dr. Orr noted that Justice Cohen recognized the potential to transmit pathogens from farmed fish to wild fish along the migration routes. The report calls for a moratorium on new fish farms until 2020 and for DFO to put resources toward assessing the risks posed to wild fish. If such risks are found, or even if uncertainty exists regarding whether risks to wild salmon exist, the report calls for the dismantling of existing fish farms before September, 2020. “Mitigation measures should not be delayed in the absence of scientific certainty,” Justice Cohen said.

Dr. Orr noted that Justice Cohen didn’t find a “smoking gun” in the declining numbers of Fraser River salmon. He found multiple stressors at work, including climate change. In the Commission’s press release, Justice Cohen states, “I heard enough evidence about warming waters to conclude that climate change is a significant stressor for sockeye and in combination with other stressors may determine the fate of the fishery.”