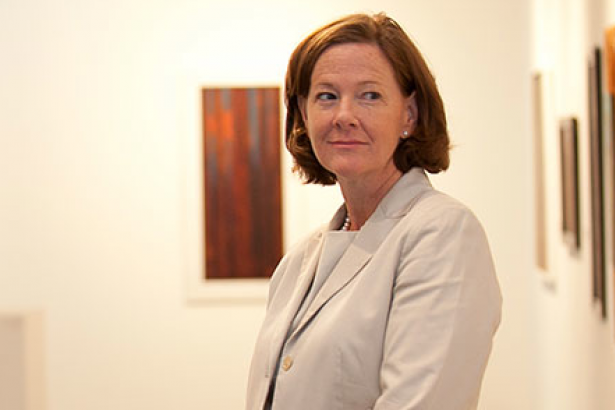 The US State Department recently released a draft version of its Keystone XL report - a document eagerly awaited by the pipeline's proponents and opponents alike.

In the lead up to the release of the report (which disappointed environmental organizations across the board) Canadian officials worked overtime to extol the virtues of Alberta's tar sands.

Their pitch? Get your oil from Canada, or get it from the devil.

This is the pervasive pseudo-logic brought to us by conservative commentator and Sun News correspondent Ezra Levant. In his book Ethical Oil, which eventually grew into the Ethical Oil Institute, Levant poses Canadians with a false dichotomy: either we support Canada’s ethical oil – which is democratically developed in an environmentally responsible way – or we support conflict oil.

The argument is a classical for-or-against proposition meant to polarize Canadians on a complex issue. And it is Canada’s latest export to America.

In the current media volley between American and Canadian leaders on President Obama’s upcoming decision to either approve or deny the Keystone XL pipeline border crossing, this deceptive ‘you’re either with us, or you’re with the terrorists’ argument is on the loose, begging the overall question: is Canada taking its talking points straight out of the Ethical Oil playbook?

Let’s begin with Canada’s Ambassador to the US – Gary Doer. During the February 17th Forward on Climate rally in Washington DC – the largest climate change rally in US history - Doer claimed protesters lacked “logic.”

The ‘outspoken minority’ who oppose the Keystone XL, said Doer, don’t express American wishes; they just happen to get more media attention than the “65 percent of Americans that prefer to get their oil from Canada rather than Venezuela or the Middle East.”

Doer followed up with an interview last week with Postmedia News where he posed the issue this way: “If you ask the question: Do you want your oil from Hugo Chavez or Alison Redford, I think I know the answer.”

“If you look at the fundamental criteria for presidential legacies,” Doer said, commenting on the idea that Keystone XL is Obama’s legacy issue, “it’s peace and prosperity.”

“I would argue that that means less reliance on Middle Eastern oil and more jobs building the independence here in North America.”

Doer’s sentiments were echoed this week by Alberta Premier Alison Redford whose column in USA Today stressed “Alberta is the safest, most secure and responsible energy supplier to the US.”

“The same cannot be said for the other foreign countries and regimes that currently feed US energy demand.”

Levant himself has been somewhat more forthcoming with his thoughts on the subject, claiming nearly one year ago that the Keystone XL is “a pretty straight swap of Canadian ethical oil for Venezuelan conflict oil. And Obama chose Hugo Chavez over us.”

“Blocking the Keystone XL isn’t going to stop a single American car trip. It will simply ensure that car is fuelled by Hugo Chavez and King Abdullah of Saudi Arabia, who must have been popping champagne while laughing at Obama on TV.”

Around the same time Ethical Oil spokesman Jamie Ellerton wrote “every drop of Venezuelan oil that Americans buy, is more money that ends up helping Venezuela to help support Syria’s massacre of its own people. Conflict oil is fuelling more conflict.”

As much as a year ago, conservative staffer and Ethical Oil campaigner Alykhan Velshi suggested “Americans are still stuck supporting…Chavez. Sanctions won’t stop that; working on replacing every last drop of Chavez’s Conflict Oil with Canada’s Ethical Oil, will.”

The argument loses full steam however, when you consider Canada imports a tremendous amount of Venezuelan crude. That’s right – imports.

As reported last week by DeSmogBlog’s Kevin Grandia, “a May 2011 Natural Resources Canada report notes that Canada imported 33,000 barrels per day of crude oil from Venezuela in 2009. That works out to about 12 million barrels of oil that year.”

Those imports were valued at $778 million for the year and made up roughly 86 percent of Canada’s total imports from Venezuela.

As Grandia notes, Canada imports oil from other countries – like Algeria, Angola, Iraq and Nigeria – that suffer worse human rights records than Venezuela.

So Canada, if anything, represents a layover for Venezuelan oil.

And Canada’s oil (whether developed domestically or imported), like any other oil, is merely looking for a cheap and easy access to the global market, where it can fetch a higher price.

Albertan oil is landlocked and desperately needs an export strategy. Canada isn’t offering the US an ethical escape from conflict oil. We’re just looking for a path – any path – to an export terminal. And if the US allows it, we’ll track our oily footprints all over the national carpet on our way.

Americans should be on their guard against Canada’s dirty exports – whether of the bituminous or rhetorical kind.

A version of this article originally appeared on DeSmog Canada.