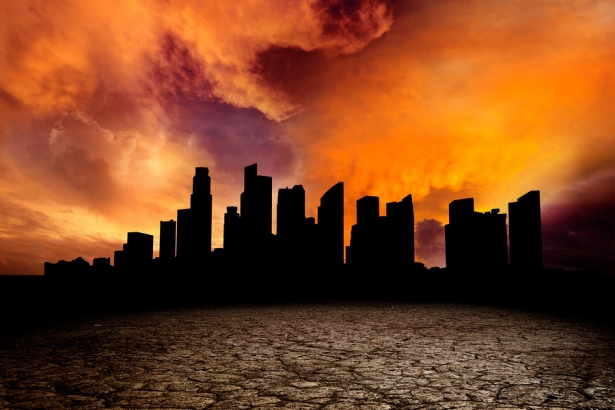 September, 2027—A lot has changed since the heated debates of the early 2010s. It took continual  extreme weather catastrophes before the world finally woke up to what carbon pollution was doing to our atmosphere.

But once they world woke up, change occurred rapidly, and things that  once seemed impossible were now commonplace.

The world has finally stopped burning oil as a fuel. It has reached what many economists like to call the ‘post-carbon economy’, though it’s still not quite there entirely.

We still need oil—but the oil companies remaining are now much smaller chemical supply companies, and oil-based products are used sparingly. The huge growth in the salvage and recycling industry has seen profits soar.

Those companies that saw the change coming and wanted to remain in the minerals and resources sector were clever enough, or had good enough leadership, to change their business model from the old model of resource extraction and waste to full life cycle stewardship for many of the rare earth metals that became really scarce around 2020.

The companies that continued to deny the reality of climate change, meanwhile, began to look worse as the catastrophes continued and the Arctic had an ice free summer for the first time in the early 2020s.

After a devastating Arctic oil spill in 2018 and the  bungled attempts to clean up the mess, the reality of oil profits being planetary blood money finally sank into the public consciousness. Politicians finally felt free to walk away from the fossil fuel money that they were so beholden to for much of the 20th century and early 21st century.

As a result, the billion-dollar subsidies that the fossil fuel industry had enjoyed for decades were finally cut off, levelling the playing field for renewable energy sources.

Eventually, those fossil fuel companies that remained in denial realised that the market had passed them by.

These either went under or shrunk to become suppliers for the green energy companies who took their market share. This was a rather embarrassing fall from grace for many of the leading 20th century wealthy conservatives, most of whom went into hiding as public calls for their ill-gotten gains to be seized grew louder, and the full extent of their denial-and-delay tactics purely for obscene profit were revealed in the media, which no longer received oil advertising dollars.

The population of the Pacific Northwest and many Canadian cities ballooned in the years around 2020 as the American Southwest dried up into a permanent dust bowl and people moved north (especially to Vancouver) to where it rained more frequently.

Thank God the Broadway train line had progressed so quickly

Transport was the biggest issue in the transition away from oil.

Here in Vancouver, the transit system was pushed beyond capacity as people abandoned their unviable gasoline engine cars.

Thankfully, the construction of the Broadway SkyTrain progressed quickly and the electrified bus system was ramped up to meet the bulging demand.

Transport of goods, meanwhile, was a more difficult issue, given the vast distances between cities in Canada.

The full decarbonisation of the freight train network is still underway with many debates around which renewable energy hybrid system works in which provinces. Electric trucks work well for the short haul distances, and algae bio fuel planes for long haul, but there is still much to be done.

The National Energy Strategy was finally pushed through federally after the provincial premiers lobbied the federal government. However, it may have been too late. The ‘Energy Superpower’ myth that the federal Conservative Party kept clinging to in an effort to legitimise the legacy of Stephen Harper meant that when Alberta'soil sands started shutting down, the Conservatives poured billions of dollars into bailing them out.

This gave the Conservatives their worst ever defeat in the 2018 federal election when their policy of injecting money into the oil sands while the rest of the economy tanked backfired spectacularly at the polls.

While new Prime Minister did her best to diversify Canada’s economy and energy sources after the election, it has been a slow recovery as much of the new post-carbon industry infrastructure was already based elsewhere, such as in Europe and parts of the United States, and many younger Canadians went overseas to work in the green sectors there. The Canadian “brain drain”  becomes, by 2022, comparable to that of countries like Philippines or Lebanon.

Whether we acted in enough time to prevent catastrophic climate change isn't clear to the generation of youth who were still in school during the 2010s and they still blame Baby Boomers for "f--king things up" but are grateful that so many jumped in at the very last minute to take leadership and help change the course they allowed the world to be on in the first place...before they passed on.