Only 48 hours left in our Indiegogo campaign for Heartwood: Forest Guardians of Cortes Island! Please make a contribution now and help us tell this urgent story of an island community whose old-growth forests and entire way of life are being threatened by industrial logging. You can make a difference by becoming a Forest Guardian at http://igg.me/at/heartwood/x/1856867

For the past month, we have explored various opportunities and challenges that Cortes Islanders are facing in their attempt to re-claim their forests for the use and benefit of their community. We have looked at the possibility of land trusts, conservation covenants, and the need for a provincial park acquisition fund in BC. We have dissected the business case for maintaining the ecosystem services that a forest provides, which is very compelling, but anthropocentric and inextricably bound to the current economic paradigm. But whether or not we choose to accept the economic argument for investing in the standing forest, what is unavoidable is that if these forestlands on Cortes that are owned by Island Timberlands are ever going to be protected, first they must be purchased.

Purchase is fundamentally the only legitimate solution that currently exists within the framework of our society to shift private lands back into public hands. Once we accept that fact, the next logical step is to determine what the price is going to be. But it is at this point that Cortesians have hit a huge stumbling block. In order for the price of any given piece of forestland to be determined, there are two factors that must be considered: the first being the actual value of the property, and the other being the value of the timber on the land, based on market prices. 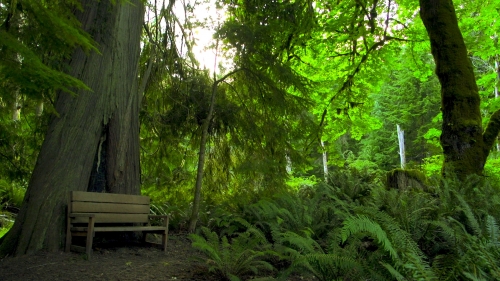 A perfect case study is the Whaletown Commons on Cortes Island—60-acres of forestland that the community has been trying to reclaim since the 1990s, and is now owned by Island Timberlands. The Commons retains much of its old-growth characteristics, including giant firs and cedars, an incredible diversity of bird species, and a small stream running through the middle where cutthroat trout come to spawn. This area is also located in close proximity to the Gorge Harbour Marina, where many visitors come to Cortes by boat, which makes this forest a perfect destination for hikers that don’t have a vehicle to get around the island.

The Whaletown Commons Society was formed specifically to fundraise and lobby for the purchase of this small parcel of land. The Strathcona Regional District (SRD), recognizing the ecological and recreational value of this area, hired an independent appraiser to calculate the value of the land and timber for the area known as the Whaletown Commons. The total that they came up with was $583,000 for the land and timber combined. 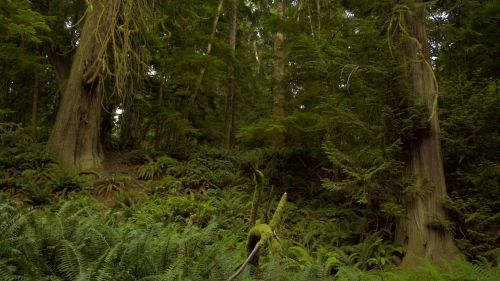 The SRD put $500,000 on the table—alongside the remainder that was raised by the Whaletown Commons Society—and offered to purchase these lands from Island Timberlands, in order that they could become a regional park. Despite only having paid approximately $100,000 for these lands from the previous owners in 2005, I.T. rejected the offer and countered with over $1.5 million—almost three times the appraised value of the land and 15 times what they had paid for it.

This discrepancy between the two parties’ land valuations, according to IT’s director of planning and forestry, Bill Waugh, is that the SRD had used domestic timber pricing in their metric, whereas Island Timberlands is in the business of raw log exports, which fetch much higher prices on the international market.

The Strathcona Regional District formally withdrew its offer and refused to pay more than the fair market value of the land based on domestic prices. What started off with great excitement about the prospect of finally regaining control over the Whaletown Commons, ended in disappointment and uncertainty yet again for the people of Cortes. However, the funds still remain available for the purchase if Island Timberlands decides to change its mind. And so they have no choice but to play the waiting game until either Island Timberlands decides they want to sell, or that they want to log. 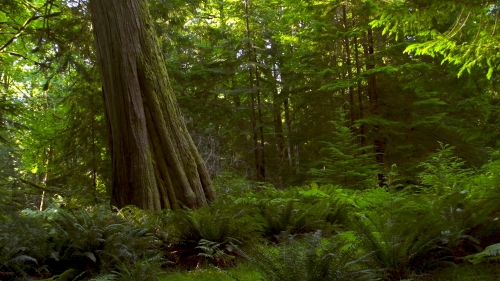 But there are some folks on Cortes who are strong proponents for a little-known tool in the local government’s arsenal—and that is Eminent Domain. This is where a government may expropriate private lands for the benefit of the public by forcing the landowner to sell at the appraised value. This technique has been seen most often in public works projects, such as the building of roads, mines, or oil and gas pipelines. Most recently it is being seen in Texas, along the southern portion of the Keystone XL pipeline that would carry tar sands crude to refineries on the gulf coast. But there are no known cases that I have found of Eminent Domain ever being used for the creation of a park. And thus far, the Strathcona Regional District has not considered being the one to set that precedent.

Perhaps what is so subversive about this idea is that it questions the sanctity of private property. While landowners get paid, they are being forced to sell against their will, which opens up a whole can of worms about the powers of government, the rights of private landowners, and what we choose to value in our society. But if timber companies are going flaunt the very real needs of the communities they work around; if they are going to continue to disregard the effects their logging has on soil and drinking water; and if they are going to make it as difficult as possible for communities to purchase these forests for the purposes of conservation—then perhaps it is a can of worms that is worth opening.