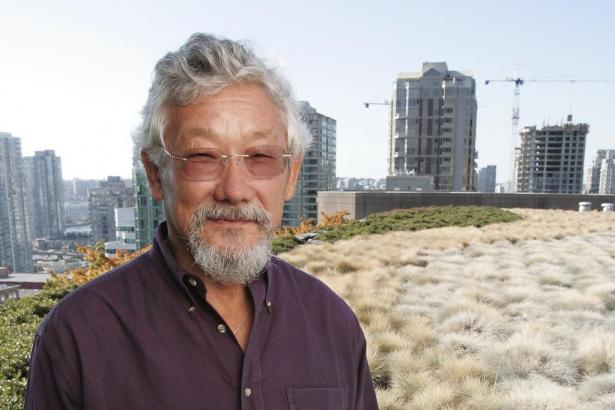 Those are three words I would have never expected to see written by one of Canada’s leading environmental advocates. And yet, they were the first words in a blog post published earlier this month by David Suzuki.

Recounting some of the environmental movement’s memorable accomplishments as it celebrates its 50th anniversary, the 76-year-old science broadcaster explained his view that despite their best efforts, advocates have been unable to adequately illustrate how dependent humans are on a healthy planet.

When environmental concern is portrayed as an “impediment” to industry, Suzuki claims, we ignore the fundamental reality that everything is interconnected. And by delegating responsibility over the environment to overstretched and under-funded government ministries, we’ve belittled the profound impact that nature has on every facet of our lives.

“In creating dedicated departments, we made the environment another special interest, like education, health, and agriculture. The environment subsumes every aspect of our activities, but we failed to make the point that our health, and livelihood absolutely depend on the biosphere -- air, water, soil, sunlight, and biodiversity. Without them, we sicken and die,” Suzuki wrote.

He’s not the only one talking about the environmental movement’s failures. Canadian children’s performer and nature-lover Raffi Cavoukian—a long-time advocate for the environment—responded to Suzuki’s “ominous” message with a blog post of his own, published last week on Rabble.ca and the Huffington Post. The title was, “The environment is dead: Long live Mother Nature”.

“Throughout his life, David Suzuki has been a leading educator on planetary health,” wrote Cavoukian.

“His conclusion about the environmental movement's failure must be agonizing. Perhaps that's why his blog offered no new way forward.”

Such woeful-sounding commentary appears to signal a somewhat defeatist attitude coming from the aging movement. The self-proclaimed “elders” of environmentalism seem to be dropping like flies, not necessarily giving up on their goals, but acknowledging weakness in a way that could strike fear in a generation that has always looked to them for inspiration.

Another green leader, Patagonia founder Yves Chouinard, was recently interviewed by Bloomberg and admitted his feeling that the “environmental movement has lost”. For years, Chouinard has been deeply involved in pushing environmental responsibility in the corporate sector through initiatives like 1% for the Planet, which asks companies to donate one per cent of their annual profits to green charities. But despite the success of his sustainable outdoor apparel business and unique social venture, the 73-year-old says companies—particularly oil companies—are winning this war.

“We've lost. Corporations are so strong. They're stronger than any government. They're running the government. And oil is tough because we're addicts to oil,” Chouinard told Bloomberg.

This thought hasn’t stopped him from continuing to support environmental groups doing good work, but it is yet another solemn indication that his cohort of green visionaries is perhaps starting to get tired.