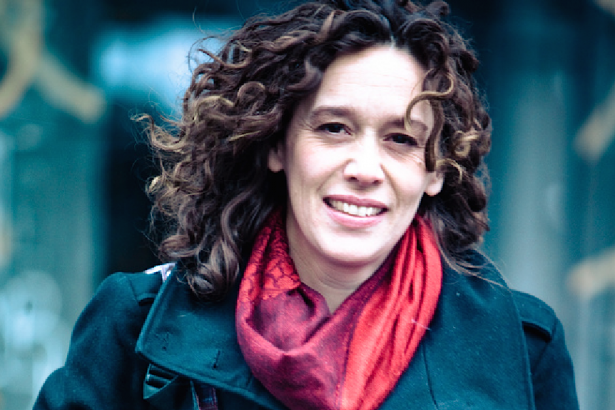 “Mommy, why does the government think you are a terrorist?”

The question came from my son the day after media reported that the federal government was contemplating changing the definition of domestic terrorism to include environmentalism. Activities by Greenpeace, an organization I have worked for and ForestEthics, an organization I co-founded, were specifically named in the debate.

I spent the last couple of years working internationally and came home to what I thought was an important debate over Canada’s future energy systems. With Natural Resources Minister Joe Oliver’s attempt to silence Canadians who want to participate in that debate and attacking those who have concerns about the rapid expansion of the tar sands, pipelines or tanker traffic, I realized that what we were facing was a much bigger issue of democracy and freedom of speech. When this letter was followed up with an all-out attack on environmental charities many opinion leaders including this paper’s editors recognized, we are experiencing a ‘witch hunt’ which, if you take the time to read Senate hearing transcripts from the last couple of months, begins to look a lot like McCarthyism.

With the 2012 budget, I watched in horror as our federal government gutted the environmental laws that protect our air, water and fisheries. Can you believe that the country with the longest coastline in the world now forbids its Department of Fisheries and Oceans to be involved in the review of proposed industrial projects? That we will protect commercial fisheries but no longer protect fish habitat? That despite proposals to increase oil tanker traffic on the west coast the government has just shut down the oil spill response capacity in Vancouver? Many of Canada’s opinion leaders are now wondering if we were facing an all out ‘war on nature’.

As I reflect on the events of the last couple of months -- the crackdown and attacks on environmental charities along with the dramatically reduced regulations, laws and approval processes for tarsands expansion and related pipelines I realize that what we are facing is a fight for the soul of Canada.

Do we want to reinforce and renew the Canadian values of tolerance, fairness and doing the right thing in a changing world? Or do we now define "Canadian" as intolerant of anything other than oil, unfairness to other economic sectors, vulnerable countries and our children, and decidedly doing the wrong thing in the face of overwhelming evidence?

When my boys grow up and want to travel to other countries, will they want to sew a maple leaf on their backpacks like I did? Or will they be too embarrassed by the fact our country's reputation has changed so dramatically for the worse? Will we, first and foremost meet Canada’s energy needs or will we continue to build an economy based on exports and controlled by foreign investment? Will we diversify our economy, stabilize our dollar, protect our manufacturing base and ensure that industrial development is subject to strong laws that make pollution expensive and that encourage clean technology and renewable energy in line with the trends in the global economy? Or will we be left behind developing dirty industries for export so we can make more money for the 1 per cent, or more accurately the 0.1 per cent, who are already the most profitable companies on the planet?

This year the extremely conservative International Energy Agency warned that, “On planned policies, rising fossil energy use will lead to irreversible and potentially catastrophic climate change.”

“…Delaying action is a false economy: for every $1 of investment in cleaner technology that is avoided in the power sector before 2020, an additional $4.30 would need to be spent after 2020 to compensate for the increased emissions.”

That’s why China is spending hundreds of billions of dollars scaling up clean energy. Last year China built the equivalent of a wind turbine every hour. While being outspent by China, US President Barack Obama is still spending 18 times more money per person stimulating the development of clean energy than Canada. We are told that the unfettered and rapid development of the oil sands, the gutting of environmental laws and weakening of regulatory reviews is in the national interest.

We are being told that those that oppose this definition of national interest, who question the toxic legacy on Canada’s environment and specifically fresh water, the climate impacts, the air pollution, the wisdom of dramatically increased oil tanker traffic along some of the most treacherous coastline in North America – are in fact radical extremists influenced by foreign interests or worst terrorists.

I am a Canadian, a resident of Vancouver and a mother. I believe my children deserve an economic and energy policy that is designed in Ottawa and not in the oilpatch, policies that are designed to benefit all Canadians. I believe that all Canadians have a right to free speech and deserve to be encouraged to engage in issues critical to the country’s future.

Over the last month, I have met with dozens of environmental organizations and First Nations engaging on these issues. Every single one of them tells me that the response to the rollbacks and attacks has been dramatically increased membership, donations and support. One organization had 30,000 people sign up in the 24 hours following Minister Oliver’s insulting open letter. The glimmer of hope on the horizon is that the outrageous acts of the last couple of months are waking Canadians up to the changes being wrought on our cultural, physical and economic landscape.

What Harper’s Tories need to remember is that no government is infallible. In 1957, the then-Liberal government faced a backlash in the polls widely attributed to the lack of public debate over Transcanada’s pipeline proposal and the Liberal governments ‘arrogant’ handling of their support for the project. Perhaps it would benefit Prime Minister Harper to remember that he would not be the first Prime Minister in this country to lose an election over a pipeline.

Tzeporah Berman, B.A. M.E.S, has been leading environmental campaigns in Canada and internationally for over 20 years. Her first book ,This Crazy Time: Living Our Environmental Challenge was published last fall by Knopf Canada. See more on her website.