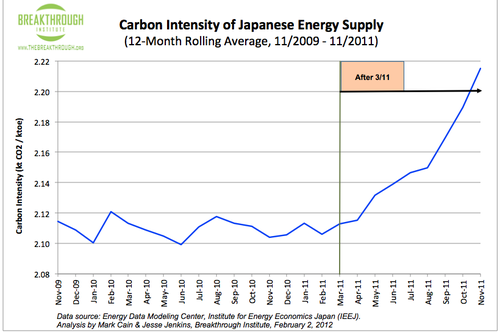 After the Tohoku earthquake and tsunami led to a partial meltdown at Fukushima Dai–ichi nuclear power plant in Japan, erroneous reactions by some scientists and political leaders, compounded by misinformed reporting (including in this publication), have shifted public policy on nuclear energy in Japan, Germany and other nations.

How this happened is a story of paradoxical difficulties — just the sort of human dilemmas I follow on the Neutron Trail, a cultural inquiry into our shared nuclear legacy. The concepts are technical, the emotions powerful and the facts often counter–intuitive. Yet these issues are vital.

To a people traumatized by the atomic bombs dropped on Hiroshima and Nagasaki and the rogue release of radioactive fallout from the U.S. Castle Bravo hydrogen bomb test in 1954, the Fukushima nuclear plant accident must have seemed, in the initial moments, as potentially deadly and destructive.

A Japanese friend who lives in Vancouver Noriko Nasu went home to Japan shortly after 3/11 and again a few times since. After her first visit, she told me, “People in Japan are very frightened.”

She described how even school children were ostracizing their new classmates — the children of families who fled the exclusion zone around the Fukushima nuclear plant. “A few of the parents, they’re calling them hibakusha,” she told me.

It’s a name with a distressing history coined to describe survivors of the atomic explosions at Hiroshima and Nagasaki. Literally hi = suffer, baku = explosion, sha = person.

The name was not only used in sympathy, after the bombings of World War II, it was used to exclude. Hibakusha suffered extreme physical pain and stares at their deformed bodies. Potential marriage partners rejected hibakusha, because they might be sterile. Even if they could bear children, the fear of passing genetic deformities onto future generations prevented marital unions.

I was upset and felt a sense of outrage to hear the term hibakusha being applied to people from Fukushima. “Those children shouldn’t be tainted like that — it doesn’t make sense,” I said to Noriko and, with sorrowful eyes, she nodded in agreement.

Noriko kindly researched the situation a year later. The City of Namie (aka Namiemachi), a town inside the 20 km exclusion zone, conducted a survey of approximately 1,000 of its schoolchildren (grades 1–9) in February 2012. 40% are still living outside of Fukushima Prefecture and a few of these children are still being ostracized out of an irrational fear that they carry radiation like a contagion.

The vast majority (79%) of all of the children are most concerned about their friends and when will they see them again. 54% worry about another earthquake and tsunami (aftershocks continue in Japan even now). 36% are worried about the effects from nuclear accident and 21% don’t want to play outside because they’re afraid of radiation. (Survey results in Japanese only.)

The atomic bombings of Japan and the accident at Fukushima have nuclear in common. But the dangers are not the same.

In the January 2012 Frontline documentary Nuclear Aftershocks, Professor John Moulder, a radiation biologist and leading expert on radiation sickness described three distinct radiation dose levels and their effects. He said, “Very high doses of radiation can kill you within minutes to hours. You get lower [doses], it’s not going to kill you outright, but it’s going to increase your risk of getting cancer sometime. And then you get down to background levels of radiation, and as far as we know, there are no hazards at all.”

Radioactivity and heat from the atomic bombs dropped in 1945 were in the high dose range — enough to kill approximately 200,000 people instantly. Many others received incredibly painful radiation burns, cancers, physical and emotional scars.