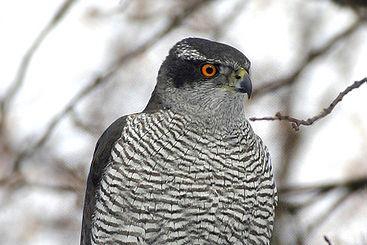 On the sixth anniversary of the 2006 Great Bear Rainforest agreement, key species such as the Norther Goshawk await habitat protection

If you think the Great Bear Rainforest is safely ticked off on the list of B.C.’s stellar accomplishments, you may need to keep the eraser handy.

Six years ago the Province, Canada, First Nations and environmental NGOs completed an historic agreement to protect the old growth in an area that covers covering a third of the north and central coast of B.C. The agreement protected 50 per cent of the old growth and committed to increasing conservation as needed to protect the health of the area using a science-based approach. In addition, the agreement strove to provide reliable, long term forestry employment for coastal communities, particularly First Nations.

The 2006 agreement provided benchmarks to be met by the end of 2009, but these benchmarks have not yet been met.

The slow implementation of the agreement is causing two problems. First, research shows that 50 per cent protection of the Great Bear Rainforest old growth will not prevent slow ecosystem degradation. There needs to be at least 70 per cent retention of old growth for key species, such as the Northern Goshawk, to survive and thrive.

“Fifty percent retention puts the ecosystem at moderate risk,” explained Valerie Langer, Director of the B.C. Forest Campaign for ForestEthics. “It’s like a car with wheels that are slowly coming off. For low risk forestry, management that keeps the wheels on the car, we need 70 per cent retention.”

The 70 per cent figure comes from the panel of experts convened by the signatories to the 2006 agreement, including the Province. All parties agreed to transition to ecosystem based forestry with 70 per cent retention by 2009. When certain of the parties decided that they required a slower transition, the environmental groups compromised and agreed to implementation over the next five years (by 2014) as long as conservation measures were met along the way.

Three years into that time period, those conservation measures have not been implemented.

For example, parties are required to map out the distribution of the retained old growth to ensure that it is not scattered in a way that dooms certain ecosystems. Landscape level reserves need to be established to ensure that habitat for key species such as mountain goats and goshawks is protected. This mapping has not been completed. Additionally, little progress has been made in the transition toward 70 per cent retention.

Now, with an election looming in 2013, the environmental groups are calling on the Provincial government make real progress on its conservation promises within the year rather than potentially offloading the majority of its obligation onto a new administration.

The second problem of slow implementation of the 2006 agreement is the delay of the economic benefits to coastal communities. The Great Bear Rainforest is a global model for building a healthy economy on a healthy ecosystem. People are looking to its promise of sustainable economic success the world over. The further the Province falls behind, the more room there is to doubt that the 2006 Agreement will be fully implemented.

Greenpeace, Forest Ethics and the Sierra Club are celebrating the sixth anniversary of the Great Bear Rainforest Agreement with an open letter to Premier Christy Clark, asking her to provide the leadership and resources necessary to meet the 2009 milestones within the year.

“Only if the agreed-to measures and initiatives are fully implemented sooner rather than later,” the letter states, “will people of this province and the world look at them as a success, and not an empty promise.”