Northern Gateway Pipeline: In whose interests? 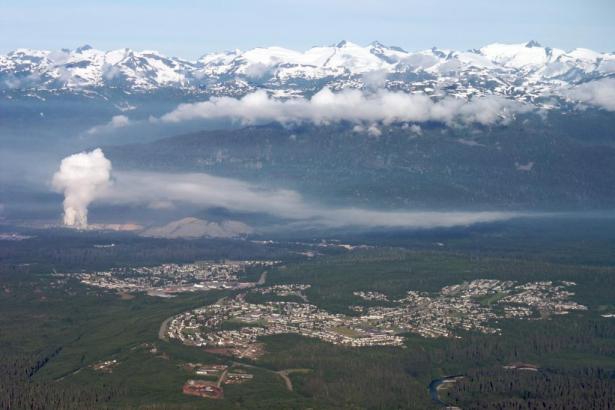 China’s on an oil buying binge.  And Canada is where China likes to shop.

Since 2002 China, through four state owned oil companies, has spent over $65 billion dollars to purchase oil and gas fields and production facilities around the world.

China’s buying spree isn’t an accident.  It’s government policy.  China is determined to ensure that it continue to grow an economy that is increasingly dependent on energy from oil and gas.

That means moral issues like human rights take back seat to oil security.  "No matter if it's rogue's oil or a friend's oil, we don't care," an energy adviser told the Washington Post in 2005 on the condition he not be identified, citing the threat of government disciplinary action. "Human rights? We don't care. We care about oil.”

Ditto for the environment.  China’s interest in oil security overrides all other concerns.

As China’s resource needs grow, so do its concerns over the security of its oil supplies.  The government policy to buy up foreign producers was initiated in the 1990’s (the Go Outside policy) but the mad rush really took off after the Iraq war secured Iraq’s vast resources for US interests.

Before the war, China was playing footsie with Saddam Hussein and even signed a deal that would give it rights to a significant new play in northern Iraq.  The deal died with Saddam.

After Iraq China redoubled its efforts to secure future oil resources.  As Shen Dingli, an expert at Fudan University who advises the Chinese government on energy security, put it "If the world oil stocks were exceeded by growth, who would provide energy to China?  America would protect its own energy supply. The U.S. is China's major competitor."

But owning foreign oil fields can’t provide all the oil security China requires.  There’s still the matter of getting the oil it owns to China.  It doesn’t matter much if you own the oil but can’t ship it home.

That’s where Enbridge’s pipeline comes in.

China may be increasing its control over Canada’s tar sands, but it still may not be able to secure access to the oil they produce if it can’t control the supply route.

It’s no accident that China’s four major government owned oil companies are investing in the development of Enbridge’s Northern Gateway Pipeline.  It’s an old story:  first buy the oil then buy the pipeline.  Its happened in Russia, in Myanmar, in Kurdistan.

So it’s no surprise that the Chinese investment in Northern Gateway comes with a price related to China’s oil security.

In return for China’s investment Enbridge will provide the Chinese companies with a secure spot on the pipeline for their oil as well as options to purchase an ownership share in the pipeline when it’s built.

But the real issue here is why is Canada catering to China’s foreign policy interests?

That’s a debate that both Enbridge and the PM’s office would rather not have.  It goes something like this:  Is it in Canada’s interests to ship unrefined bitumen to China to secure China’s energy needs and manufacturing based economy?  Is there a better use – with our proximity to the US market – for Canada’s energy advantage than supplying China with the raw material for its own growth?

That debate should fundamentally be about Canada’s future, our economy and our citizens, not China’s.  Then, and only then should we turn our attention to the Gateway project.