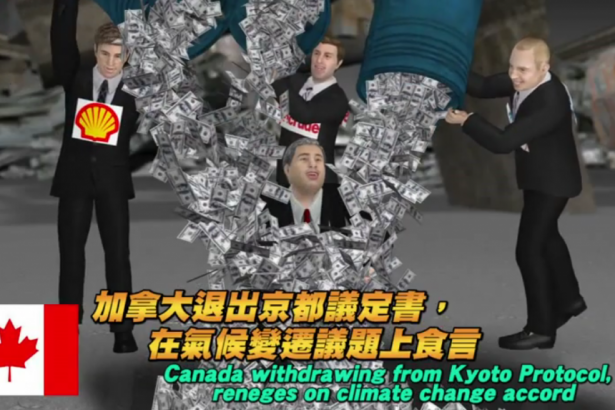 A new video released by Taiwanese group Next Media Animation offers a sad but hilarious take on Canada's recent withdrawal from the Kyoto Protocol.

An computer-generated Stephen Harper is shown giving the UN the finger, bathing himself in cash poured out by oil execs, and drowning the poor environmentalists in the rising Arctic sea.

Watch the whole video below: