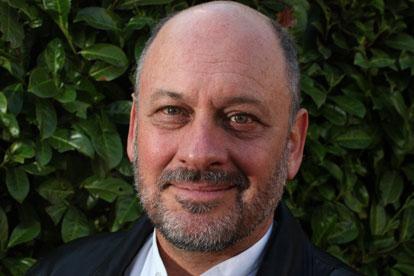 Tim Flannery, Author of The Weather Makers and Here on Earth, Gives Reasons for Optimism

Tim Flannery, Australian author of The Weather Makers, is speaking in Vancouver to promote his new book Here on Earth: A Natural History of the Planet. He speaks tonight at 8 at the Chan Sun Concert Hall. Last night, about 25 Sierra Club supporters heard Tim Flannery speak and take questions in a more intimate setting. Like many climate activists, Flannery looked a bit jet lagged around the eyes.

In Here On Earth, Flannery takes the long view of sustainability on earth. Relying on his background in paeleontology, he sees humans simplifying ecosystems as far back as 50,000 years ago when woolly mammoths roamed the northern steppes that stretched from France across the Bering Bridge to Alaska.

In that ecosystem, mammoth, bison, horses and other grazers ate the summer grass down every year, leaving bare soil for new grasses to regenerate in the spring. With human hunting, mammoths were pushed north to areas with less of a human presence. There, they plowed snow off the grasses in the winter using their giant tusks. When the mammoths were hunted to extinction, uneaten grass froze each year and became peat and permafrost. A rich, productive ecosystem became nearly barren of biomass.

The same thing is happening in Australia. Nearly 10 per cent of Australian mammals have gone extinct, including the Red Kangaroo. But here’s where Flannery’s thesis of optimism comes into play: damaged ecosystems can and will restore themselves to productivity given a chance. Flannery described 15,000 hectare Faure Island, which was grazed by sheep and goats for decades until no native flora or fauna were left. The Australian Wildlife Conservancy purchased the island, removed sheep, goats and feral cats and brought in five endangered native species including the Burrowing Bettong and Western Barred Bandicoot. These critters like to dig and brought up century old wild flower seeds and other native plants that bloomed.  Ancient sandalwood trees that had only shown leaves above the browse level returned to full leaf. The “rewilding” of the island recreated a productive ecosystem that enriches soil with carbon through the relationship between the native plant species and the native digging animals.  Flannery expects that rewilding will define the next two centuries as humans seek ways to return ecosystems to diversity and productivity.

Flannery thinks humans are likely to take this course of action because cooperation is evolution’s legacy. Competition is evolution’s mechanism but it is the species that cooperate that have the record of brilliant success. Flannery, like E. O. Wilson before him, looks to the social insects like ants as “superorganisms” that, through division of labour, are able to make excellent use of resources and out compete other species. Humans are, in Flannery’s view, rapidly transforming into superorganisms through new technologies that both empower the individual and increase the ability to realize basic human requirements. They are drawn to the division of labour, choosing to live and work in cities although it decreases their life expectancy.

Elements of human “nature” can be transformed. For example, life has been uncertain for much of human existence with the result that humans value the present over the future. But this characteristic is malleable. So is the idea that humans will act only to their individual advantage and not in a manner the benefits the group. In evolution, humans have always accepted rules that serve the group if they are equal and fair. Flannery found this to be true of corporations as Chair of the Copenhagen Climate Council: corporations are willing to submit rules across the board but unwilling to action that will disadvantage them disproportionately.

In Flannery’s view, an essential element in the shift toward sustainability is perfection of democratic systems. He contrasted Australia with Canada: Australia has proportional representation, Canada does not. Australia has an elected upper house, Canada does not. Australia has mandatory voting with over 90 per cent attendance at the polls, Canada does not, with about 50 per cent attendance at the polls. As a result of these differences, the Green party can have a significant role in Australia, while in Canada a government elected by 35 per cent of the population can implement policies that serve the minority and don’t represent the desires of the majority of Canadians.

Without democratic reforms, imperfect democracies like Canada risk youth rebellion such as that in the Middle East as young people increasingly understand the decisions that are being made at the expense of their future.

The larger the trading market, the greater the opportunity for cost effective abatement. Flannery appreciates BC’s carbon tax for demystifying the impact of such a tax on the economy. The BC economy appears to have benefitted, rather than the reverse. (For example, green businesses accounted for nearly 166,000 jobs in BC either directly or indirectly in 2008. The oil sands only affect 144,000 jobs across Canada).

Flannery sees the earth as an organism of cooperating species, with human intelligence now at the helm. Once a greater number of humans understand the carbon cycle and how natural ecosystems capture huge amounts of carbon, we can rewild ecosystems to make them more productive. He thinks that agriculture can be transformed to feed more people, because that is happening in Australia. And he thinks that humans are a self-limiting species, as evinced by declining birth rates.

Flannery’s long view is positive because it relies on the evolutionary legacy of cooperation that has roots in the beginning of life itself and is likely to guide us into a sustainable future.