Flashback on the road to zero waste 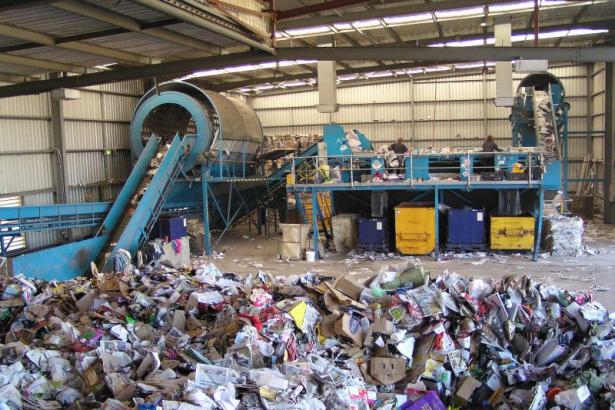 It's been more than 20 years since "recycle or die" became the slogan of the recycling movement. Photo courtesy of Wikimedia Commons.

Some ideas are stored in a seedbed of wisdom, ready to germinate when we need them to survive.

The motto “recycle or die” surfaced in 1987 when several other activists and I chanced upon a custom button shop between Austin’s convention centre and the 6th Street bars. Three arrows circling those words affirmed our mission. We carried our shields back to a large recycling conference and gave them out to waste-not crusaders from cities across North America.

I was 24, half the age I am now. I had driven cross-country to get to the gathering. It was our turn to turn the world around.

Memories of that time return as I watch Vancouver, Seattle and Portland advance our region’s conservation ethic. All three cities embrace aggressive waste-reduction goals (80 per cent by 2020 for Vancouver, 75 per cent by 2015 for Portland, and 60 per cent by 2012 for Seattle). Vancouver intends to become the greenest city on earth, the first to hit the zero-waste bull’s eye.

Of these urban areas, Vancouver is uniquely challenged in this race to be the world’s environmental model. The city incinerates part of its waste stream, whereas Portland and Seattle do not. In fact, Metro Vancouver is considering whether to burn more garbage.

I have some experience with waste prevention and incinerators. Hope for our region and planet prompted this retrospective column.

Dawn of a movement

Sometimes it helps to look back in order to project forward. 1987 was a turning point for recycling. The stage was set when a tugboat named the Break of Dawn pulled out of New York harbour towing a barge loaded with solid waste. The vessel was headed for North Carolina, where its cargo was slated for burial in a landfill.

A problem arose when state officials asked if the shipment contained anything toxic. The response of “probably not” didn’t suffice. Over the next six months, the so called “garbage barge” became a media sensation, journeying as far south as Belize in search of a port that would accept its trash. After repeated denials, it returned home.

News of the fool’s errand exposed looming problems with waste, in terms of volume and toxicity. The barge was a broadcast symbol of business as usual, a harbinger of our need for reforms. Broadened public awareness energized recyclers across the continent. It certainly added to the revelry at the Austin recycling conference, where, during the banquet, a beautiful blonde recycling coordinator from California acted out a skit about the barge with environmentalist folksinger Bill Oliver.

Some weeks after the conference, the barge’s cargo was burned at a Brooklyn incinerator. The symbol of our waste problems went up in smoke, and the remaining ash was quietly buried in a Long Island landfill.

This burnt end to a wasted trip warned of future pitfalls.

Remains of the glory days

The significance of the garbage barge was commemorated in an article in Waste Age magazine by Chaz Miller, senior staff with the National Solid Waste Management Association.

“After the circus was over, the barge had a profound impact on solid waste and recycling. Within three years, most states passed laws requiring some kind of municipal recycling. The United States went from about 600 cities with curbside recycling programs to almost 10,000. Our recycling rate is three times higher now than it was in 1987.”

What this means is that for most communities, the value of recyclables is less than the cost of collecting and processing them. In my view, this is because society doesn’t account for the full cradle-to-grave costs of using raw materials in consumer products -- many of which are single-use, short-lived and difficult to reuse or recycle.

We change this accounting by manufacturing products and packaging that don’t add to the waste stream. Called “extended producer responsibility” or “product stewardship,” this strategy requires those who make, sell and purchase products to support the costs and management functions associated with reusing, recycling or composting them. Often, this is done through a product surcharge that pays for these costs and functions.

A huge boost in public support is necessary to make this happen. Such energy dissipates when leaders implement practices that serve as cover for the status quo. Incineration is a key example of an out-of-sight-out-of-mind practice that provides that kind of cover.

Solving the value problem requires that we revive and exceed the shared passion for waste prevention that motivated us in the wake of the garbage barge. It was exciting to assert our recycle-or-die convictions in business, government and not-for-profit activism.

The third sector was my entry to the party. I joined the staff of an environmental group, organized recycling conferences, founded a state recycling organization, was elected to the board of the National Recycling Coalition, fought a garbage-burning dragon and married the beautiful blond recycling coordinator from California.