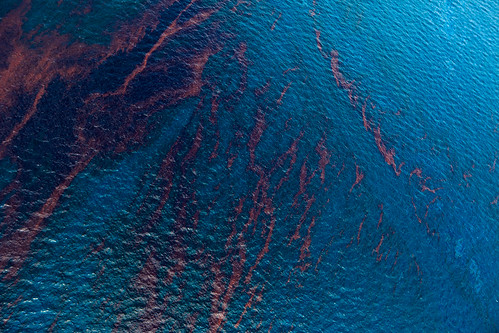 The darker colors within the oil designate the areas of the thickest crude oil. 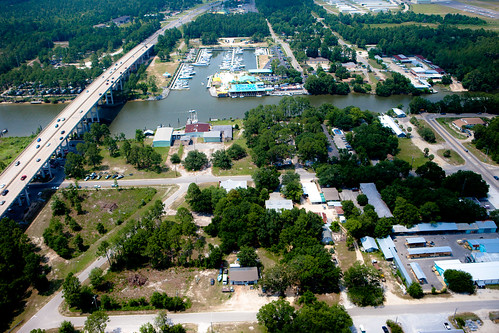 An aerial flyover view of Gulf Shore, Alabama shows the lively community and culture that is being directly affected by this oil disaster. 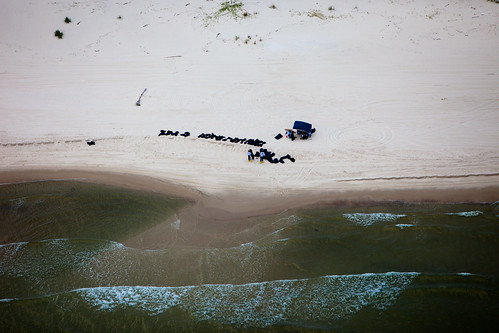 Black garbage bags line this white sand beach in Alabama. The only question on everyone’s minds is: WHAT IS IN THE BLACK GARBAGE BAGS? 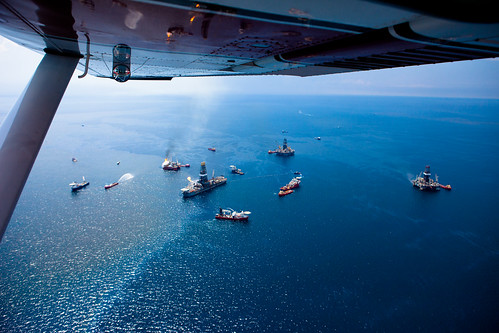 Catching the seaplane wing in this view of the Deepwater Horizon oil well really puts the grand size of the whole operation into perspective. 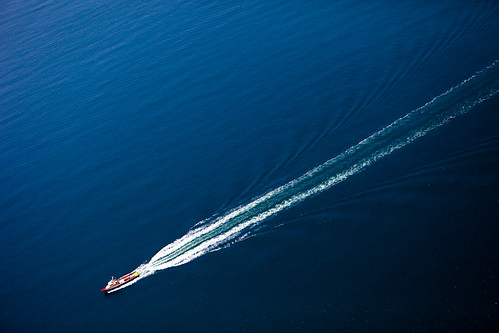 This picture perfect image of a jet setting boat gliding through clear water, upon closer inspection, is a cleanup boat heading out to the oil spill ‘Source’ along a seemingly untouched stretch of Gulf water. 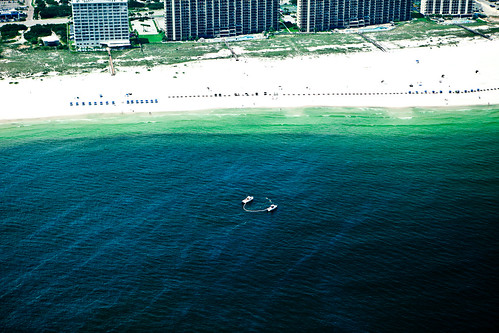 The beach in Gulf Shores, Alabama is lined up with beach chairs in anticipation of tourists’ arrival to the sandy shores. Yet the reality is that two boats are skimming oil off the top surface of the ocean just a few hundred yards out from the shoreline. 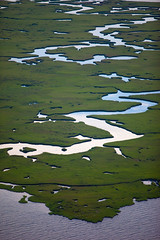 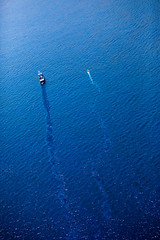 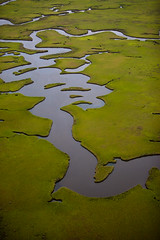 Breathtaking marshlands and their unprotected waterways are in danger of being infected with the fast moving oil slick. Two boats travel through the blue waters of the Gulf of Mexico and leave streaks through the iridescent oil settling on the surface. 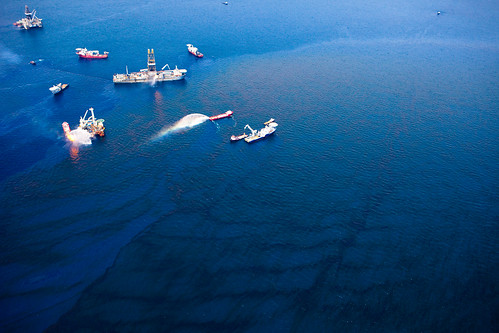 The site of the oil leak creates a massive dark cloud of oil that looms darkly over the entire cleanup operation. 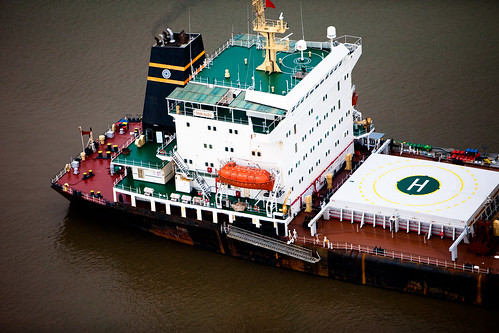 A large boat, carries accommodation units for workers’ working in the Gulf of Mexico, travels through murky waters. 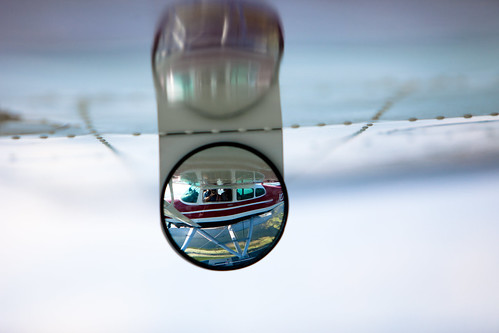 A small look into the seaplane that flew over the Expedition Team over the Gulf of Mexico. 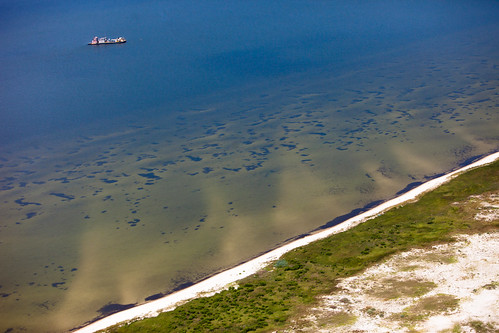 This ominous view is the very unsettling reality of the Gulf Coast situation. A long boat works tirelessly against the growing oil spill as small blobs of oil move quickly and steadily to the endangered marshland shores. The reality is that no one or nothing along the Gulf Coast is truly safe.

There is no two ways about this situation. There is a massive oil leak in the middle of the Gulf of Mexico, it has not been stopped, and communities, cultures, wildlife and natural habitats are dying. The company that is in control of this leak is controlling information, spreading misinformation and continuing to endanger workers and wildlife on a daily basis.

The saddest part of this whole situation is that the OIL IS STILL LEAKING.