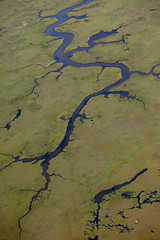 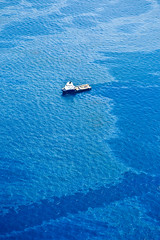 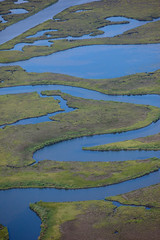 The beautiful marshlands of Southern Louisiana are being threatened and/or systematically destroyed by the Deepwater Horizon leak. Once oil hits the shores of the marshlands and coats the marsh grasses, there is really no hope of survival for the greenery. 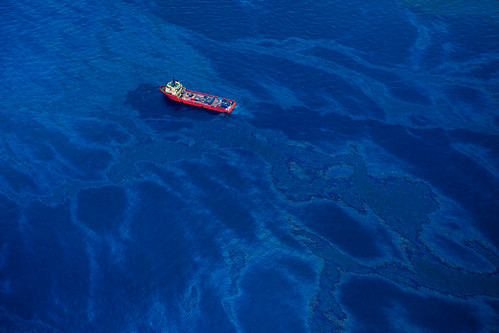 When the dispersant works against the crude oil leaking in the Gulf of Mexico, it essentially works the same as dishwasher detergent would work against grease. This unfortunately makes the surface water appear discolored and soapy looking. 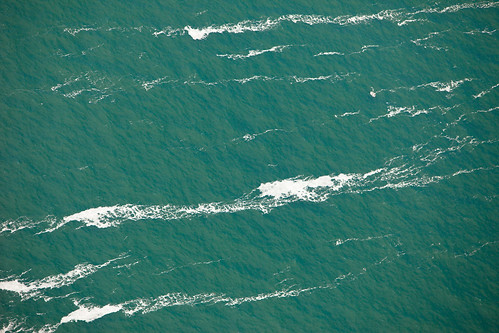 Whitecap waves in the Gulf of Mexico at this time can be an unfortunate occurrence. These waves can carry very strong currants which can be one of the greatest downfalls of this ever-expanding oil spill. 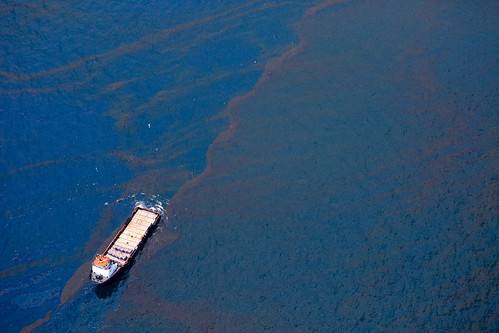 Boats that are currently working in the Gulf of Mexico can come back into harbor, after a day of sailing through the crude oil, looking absolutely horrific. 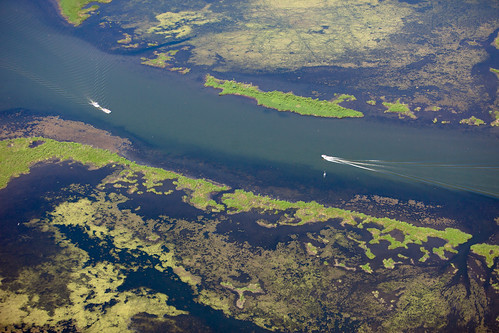 Two boats race towards each other in one of the dark waterways of the Southern Louisiana marshlands. 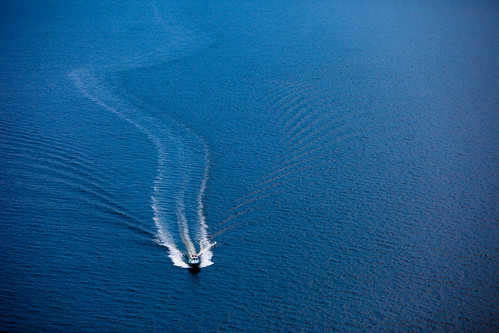 A perfect day coasting in a fast boat along the blue waters of the Gulf of Mexico are becoming ones of the distant past. The effects of this oil spill will be felt for years to come. 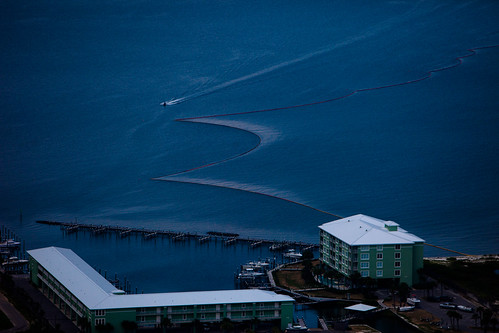 The first line of defense against the encroaching oil slick is surface protective boom that act as a barrier. Unfortunately the boom when unattended or left to the whims of weather changes can be highly ineffective. 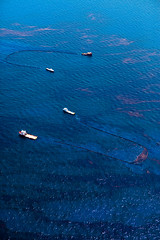 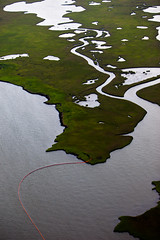 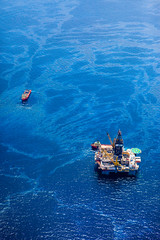 There are so many working parts of the cleanup effort in the Gulf of Mexico that it can seem disjunct yet potentially effective. Unfortunately the size of this oil spill makes is fairly difficult to see how effective any of these efforts are doing.