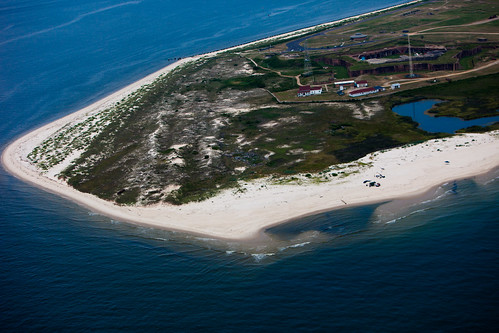 Dozens of small islands in the Barataria Bay marshlands are the homes and nesting areas to wonderful species of seabirds. Laughing Gulls, Brown Pelicans and even Roseate Spoonbills can be seen all on the same shore, with nests side by side. Unfortunately these small islands and these seabirds are getting hit very heavily by crude oil washing up on the shores and sometimes covering the seabirds’ feet, feathers and even their entire body. These islands are extremely remote which means getting to them can be very difficult in the cleanup attempts. Viewed from a boat ride led by an out of work fisherman, the islands were filled with dirty, forgotten boom and their beaches were absent from any sign of cleanup workers. 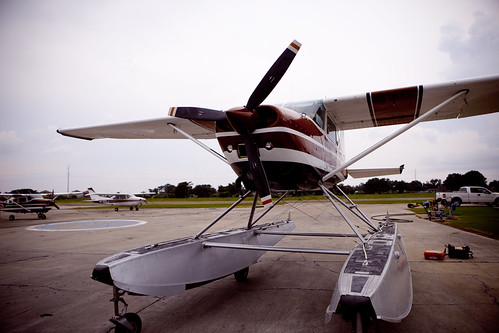 Taking to the skies one last time was one of the best ways to grasp the true size of the oil spill. This flight proved to be an eye-opening journey into the depths of the actual size of this oil spill. Flying from the Source directly to the coastal area of eastern Alabama, the team discovered the shocking fact: the flow of oil from the Source was a constant slick all the way to the shore of Alabama. Slow and steady, a mixture of dispersant and crude oil was yards from beach lines that had people sunbathing in beach chairs. The most shocking realization was that everyone had bits and pieces of information, but really no one had any idea where it was going, when it was going to hit and who was safe. 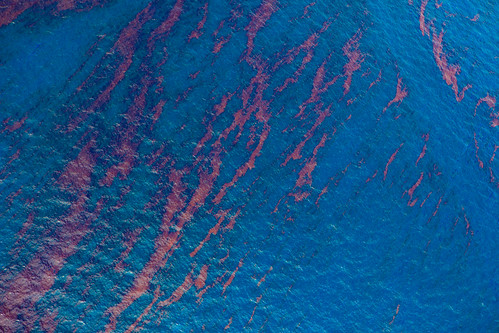 The expedition may be over but the emotional situation in the Gulf worsens as each day goes on. Cleanup crews work 24 hours a day in the coastal area while failed solutions are tried repeatedly at the Source. The size of the oil spill, the devastation of the constant leak and the cultural destruction of communities is overwhelming and saddening. The ironic scientific reality is that innocent marine life are being poisoned by their deceased ancestors in our glorified greedy actions. The only hope is that this is a wake up call for the greater situation at hand which is our dependency on fossil fuels. This hope comes at the price of so much loss. This is not okay.

Here are photos by Kris Krüg from the last seaplane journey to the coast of Alabama: 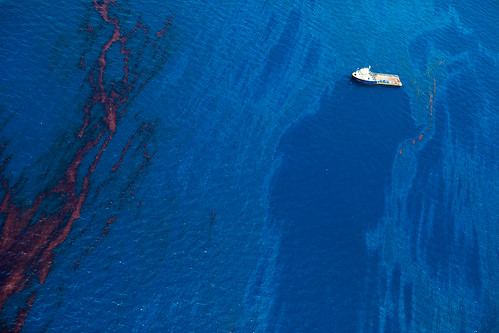 A boat involved in the cleanup effort in the Gulf of Mexico approaches a large patch of some extremely concentrated crude oil. 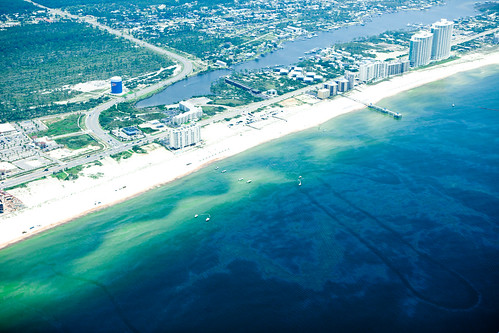 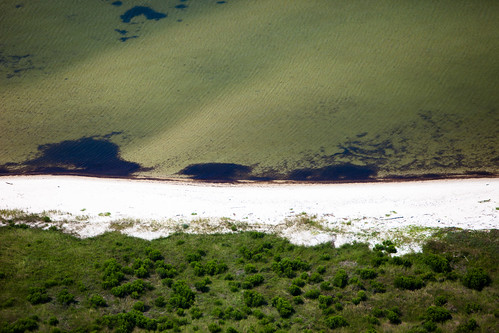 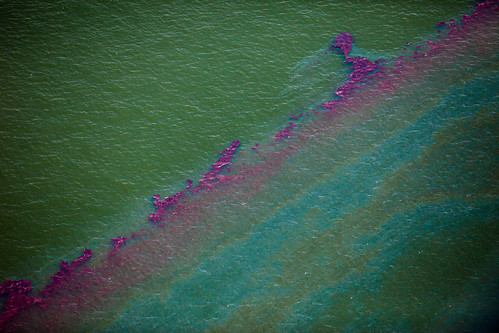