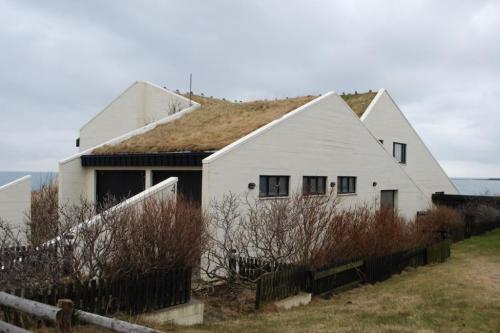 The green roof of a modern home in Reykjavík, Iceland in early April. Photo by Stephanie Orford.

On my recent visit to Scandinavia, I witnessed several examples of homes with grass rooftops, especially in Norway. Unlike the image up top, from Iceland, these weren't particularly modern looking houses. They were actually quite rickety and barn-like, which just goes to show that you don’t need to have an ultra new house to go green.

Still, a green roof is both beautiful and functional and would look fantastic on a modern home, my Dream Home.

The British Columbia Institute of Technology's Centre For Architectural Ecology specializes in green roofs and living walls. In September they're starting up a tour of green roofs in Greater Vancouver, and on November 30 to December 3 they're hosting a conference and trade show on the subject, called CitiesAlive, aptly held in the newly green-roofed Vancouver Convention Centre.

But green roofs aren't just easy on the eyes. One CNN story I found from 2001 about the green rooftop trend in Chicago reported that a greenery-covered rooftop saves 20 to 30 percent in air conditioning costs in summer for a single story building.

Another story from Altenergymag.com details other extensive personal and environmental benefits to green roofs. For example, the turf will filter pollution out of rainwater, and will contribute to absorbing atmospheric CO2 via photosynthesis. The grass also acts as a reservoir that soaks up the water from a downpour and releases it slowly over a longer period of time, preventing flooding.

This strikes me as much the same process as happens in a forest compared to a deforested area. A healthy forest (like a green roof) will soak up rain water and release it slowly into streams and rivers, whereas a deforested area (like a non-green roof) doesn’t absorb as much and makes waterway flooding more likely.

Supposedly a green roof also lasts longer than a regular roof, which offsets the price of getting the whole kit ‘n caboodle installed in the first place.

Green roof drawbacks: the roof must be accessible for regular maintenance; it must also be able to hold the extra weight of turf, at the very least, and at the most, a full-blown garden. That is, if you want to get fancy, and I do.

Now where to put the solar panels?

This Saturday, October 30, Vancouver residents and home design enthusiasts will have an opportunity to see the new Sarah Richardson Designer Palette first hand at the Westcoast Décor Center. The...
Oct 25th, 2010 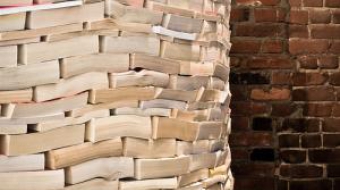 The LYNNsteven Boutique in Gastown, opened early this year, challenges the definition of a well-rounded book collection.
Stephanie OrfordSep 7th, 2010 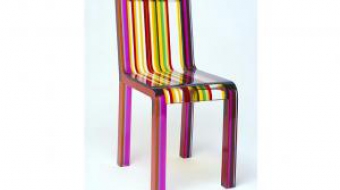 Still Not Over The Rainbow Chair

I would give up the pot of gold if I could keep the rainbow. That is, the Rainbow Chair.
Stephanie OrfordMay 16th, 2010
Speak up about this article on Facebook or Twitter. Do this by liking Vancouver Observer on Facebook or following us @Vanobserver on Twitter. We'd love to hear from you.