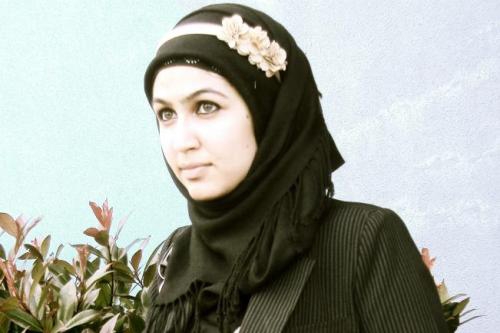 Vancouver, compared to Toronto, has a fairly small Muslim population but even a casual observer would have noticed the increase in fashionable hijabis (Muslim women wearing the headscarf) in the city over the last few years. Their scarves, often in bright colours and intricate patterns, are paired with flowing dresses or casual jeans, presenting nice alternatives and twists on the clothing styles you normally see on Robson Street.

I first became intrigued by Muslim fashion several years ago, while doing some online research about a headscarf ban controversy in France. After wading through pages of serious news editorials, I happened upon several Muslim style blogs and was surprised by their modern fashion aesthetic. Having just read a fashion feature about how to choose clothes that make you appear thinner, elongate the legs, minimize a wide hips, etc., it was refreshing to see a fashion aesthetic where the focus was more on the clothes, and not on the (always imperfect) body.

Unlike many who have grown up in larger cities in Canada, I had virtually no contact with Islam, so my knowledge of the Muslim headscarf (a.k.a. hijab) was shaped by the media, which presented hijabis in a somber context of oppression and/or righteous anger. Yet, here I was looking at devout Muslim fashionistas address their followers as “Salamz, my lovelies!” and hold “Love it or Shove it” discussions on everything from ponchos to earrings. How great it would be, I thought, to hear about Muslim women’s own views on the hijab, outside the context of a controversy or political debate. 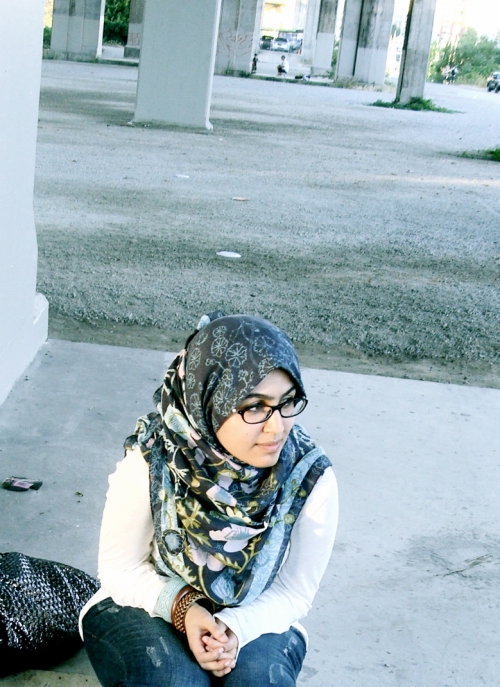 Thanks to Shahzad Mansoory and Jafar Bhamji, editors of Surrey-based newspaper Al-Ameen, I was able to get in touch with some young Muslim women university students. Hina is originally from Pakistan, while Naima is from Somalia, both countries with a Muslim majority. Fatima, a Masters student in molecular biology, grew up in Saudi Arabia, one of the strictest Muslim nations in the world, while Umme was born in London, England. Hina, Fatima and Naima joined me during lunchtime, while Umme met me for a separate interview.

At what age did you start wearing the hijab, and why?

Hina: In grade 10, so about when I was 15. For me, it was a personal choice. It was a very spur-of-the-moment thing, over the weekend, I started wearing it. I did have some influence from people who told me what the veil meant, and I thought it was something I wanted to do.

Fatima: When I was 14. I grew up in the Middle East, so this is really the norm for me, but a lot of people from my country just take the veil right off when they come to Canada. To me, though, that didn’t feel right.

Naima: I was 20. I’ve always wanted to try it, but just didn’t know how. I think it helped in university, a lot of the other girls showed me how to wear it. At first, I thought there were going to be people looking at me and all that but I see now, it’s not that bad.

Where do you get your scarves? Do you get them from specialty online stores, or from somewhere like H&M?

Naima & Fatima (laughing): You can buy them at H&M! Hina works there.

Hina: We go to anywhere we can find scarves. I find that Persian and Turkish styles are the ones that are square scarves, like a satin-y silk-y scarf. But everyone else, it’s generally how you like it.

Fatima: There’s a whole bunch of fabrics, from silk and chiffon to cotton and nylon.

Naima: I’m comfortable with like, a long pashmina style and it covers more for me.

I’ve heard there’s different connotations with different styles. For example, Al Amira is more of a younger girl-style, a beginner’s hijab, or a Turkish style being more businesslike, but is that true?

Fatima: I think it depends on where you grew up and which styles you’re more accustomed to.  But people observe different styles and interpret on their own. Most of the time you see what suits your face and what you’re wearing. For example, the square one, I don’t like the way that it looks on me. That’s where the fashion starts. 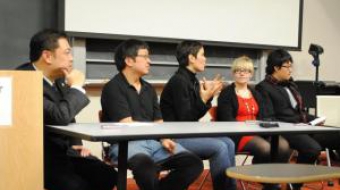 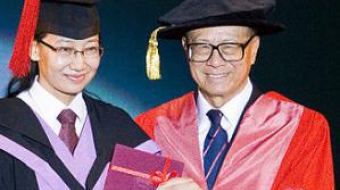 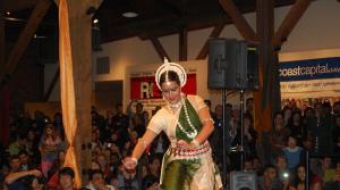