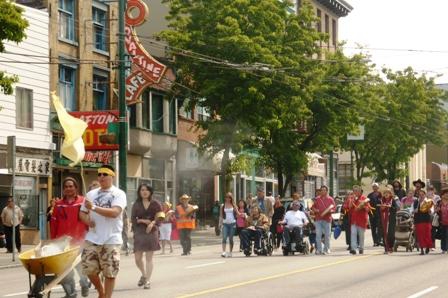 Vancouver’s First Nations peoples have always held ceremonies calling all people to come together to connect with themselves, each other, Mother Earth and the Great Spirit.

Today, in commemoration of the National Day of Remembrance and Action on Violence Against Women 2007, WAVAW along with the Squamish, Musqueum and Tsleil Waututh Nations, Aboriginal groups, multicultural organizations and other women’s anti-violence groups held their third Sacred Smudge Ceremony in Vancouver’s Downtown Eastside (DTES).

Its intent was to honour the murdered and missing women of the DTES in sending prayers to honour Mother Earth and all female energy. The focus was on women as sacred life givers keeping our seven generations. The ceremony started with groups from all four races walking from the Medicine Wheel’s four sacred directions to gather at the corner of Main and Hastings. 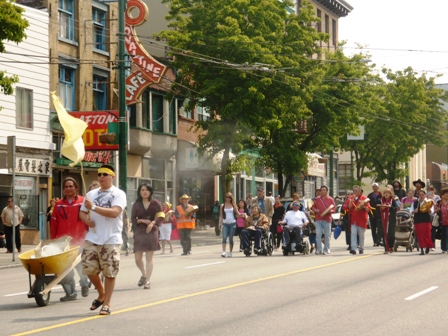 Yellow Flag from the East 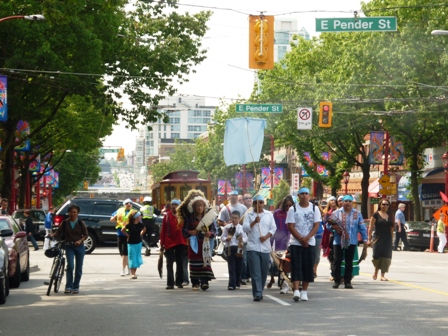 Blue Flag from the South 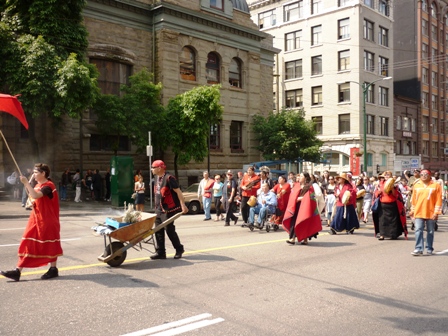 Red Flag from the West 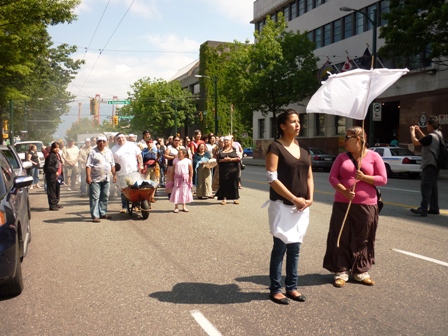 White Flag from the North

Over 400 people gathered to take part in this ceremony. The ceremony was conducted by 40 ceremonial elders and spiritual advisors with members of the four sacred races from around the world in attendance. 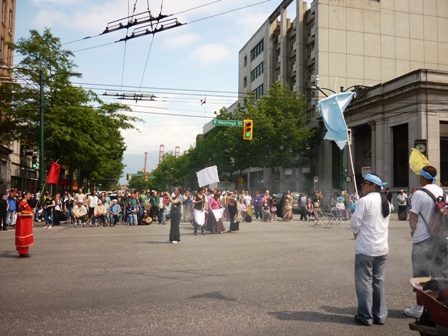 Flags of the Four Races from the Four Directions 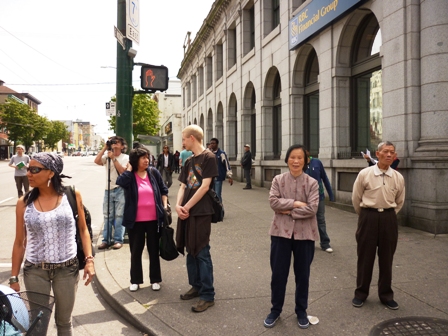 People were smudged to clear their energy fields. The intent of smudging the DTES is to help rid the area of the negative energy that has accumulated from years of experiences of violence. The smudge also opens a connection to our spiritual dimension which aboriginal people call "Great Spirit". 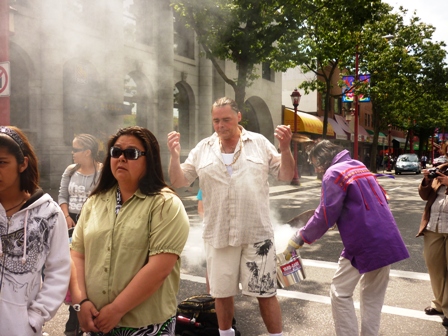 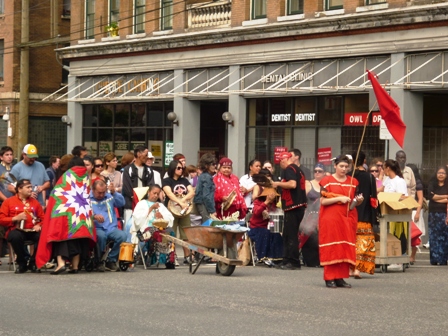 She went on to say, “This is where our people lived and hunted. The waterfront was where we gathered our food. We said that when the water went out every day, our table was set. This is where our suffering began and is still happening. We must pray for all the unborn, the incarcerated, the suffering and for each other. We don’t pray for ourselves because we know someone else prays for us. The Squamish Nation is happy to welcome all brothers and sisters to make this a large urban reserve for many nations. We send prayers for every creature in existence to maintain and take back the balance that has been taken from us with progress. Let us keep this circle strong and break the cycle of alcohol and drugs. Let us keep the spirit and excitement of this day with us all who came from the four directions to the heart of where we have always lived.” 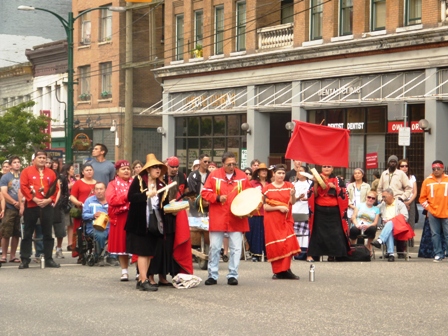 Honouring prayers were said for all women as sacred life-givers and clan mothers. It was a call for men to support walking with women “in a good way” signalling that men will no longer accept or tolerate violence against women. 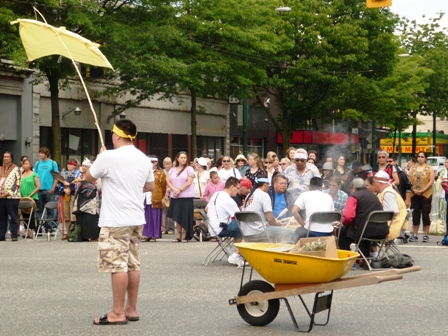 Singers at the Big Drum

Darla Laughlin, of WAVAW, told us the origins of the DTES Smudge Ceremony. She said that as she stood on the steps of the Carnegie Centre several years ago she looked out at the intersection of Hastings and Main and saw fog all around. Then she saw, in the center of the intersection, an abalone shell smudge bowl the size of a truck. Smoke was going up from it and she saw all the races coming towards the center of the intersection from all the four directions. Then the grandfathers and grandmothers came up behind her on the steps and, when they touched her back, she awoke from the vision. An elder told her to create a ceremony to smudge the DTES to honour the vision she had been given.

Darla also said that we must pray to Mother Earth for her spirit and ask for correction for all the things that we do to her. She went on to say that it all starts with Mother Earth because without her, we would not be here.

Jenny Kwan spoke as the representative of the yellow race from the east. She sent a big thank you to Darla and all the women warriors who brought us all together to speak from our hearts to end violence against women.

The Aboriginal Children’s Day Camp participants waited patiently until the end of the ceremony to give all the elders blankets and tobacco as thanks for their work. 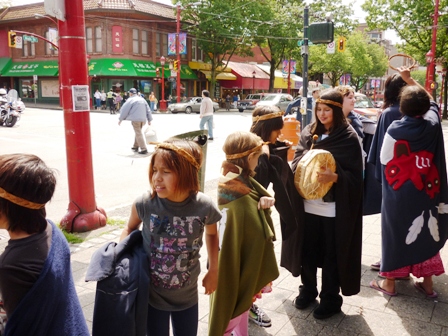 At the end of the ceremony, all the people were fed as is always done at First Nations ceremonies. 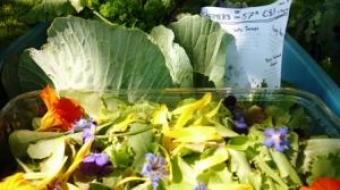 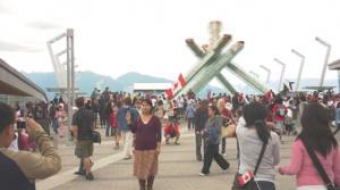