A final Zen koan: so bloody what?

Mystical searching has become a hodgepodge. The art of breaking ground with your shovel and digging deep in one spot has become rare. Like online dating, people are more excited to move on to the next one, especially if life’s answers haven’t revealed themselves within a day or two.

Every so often, various media have reporters write pieces on spirituality and mysticism. When they touch on what I know, they’re always off the mark, which makes me wonder how on the mark they are with practices unfamiliar to me. A typical reporter doing a piece on Zen or koans is like a landlubber writing about what it’s like to be a fish, while standing on shore watching waves.

A lot of people think we can’t know anything about what happens when we die, or what the meaning of life is (if any), and think people who claim it’s possible are arrogant. But it’s just as arrogant to think one can’t know, just because you don’t.

The work can be long and hard, but the concept is simple: thought deludes us into thinking life and the universe is something other than what it really is, that we live in a world of separation, a world of  I, you, she, they, that, those. Legitimate spiritual practice focuses the mind through meditation, contemplation, prayer and chanting, so that the effect of thought is lessened. Eventually, the mind clears enough so that we can glimpse what’s really going on. These glimpses can be shallow (kensho) or deep (satori), like scratching the fog off a window and peeking outside, or peering out through a panoramic picture window.

What’s seen is unmitigated, undeniable Oneness, ceaselessly in flux. Oneness isn’t separateness holding hands; it is complete and whole, with nothing outside of it.

Well, so bloody what?

There can be life-altering revelations that surface as you look carefully into the reflecting pool.

-  Reincarnation relies on the premise of individual separation. Everything is One, though, so there is no one to die or be reborn.

-  Everything we love and everything we hate is the Oneness---which isn’t only a sunset or flower, but a car accident, a murder---it’s all here, now. (Quantum physics agrees. Brian Greene noted in The Elegant Universe that space-time is like a loaf of bread, and that the entire loaf---every moment in space-time--- exists now). Thus, the ever-changing universe isn’t working towards a constant state of nirvana.  What you see is what you get.

-  If you knew for certain that everything is One, you likely wouldn’t lie, cheat, steal, kill or otherwise harm anyone or anything. You might even try telling others about it.

Even the legit mystic branches of religions are in the business of selling their wares, of promising more than they really offer. They are tonic hucksters, even if the tonic can do something positive. Or maybe they’re like the vacation package, where the sky looked sunnier, the water looked bluer and the hotel appeared ritzier on the brochure. It’s not an outright deception, and perhaps we should have known better.

Although we can work to make the planet better, our lives richer, our children’s lives more hopeful and the environment healthy again, a lot of the work is accepting that, despite the compassionate work we do, this is it, that the universe has existed forever, in one form or another, and that after time immemorial we still have disaster, disease, hatred, violence.

There is a saying in Zen: nothing to do, nowhere to go, nothing to become.

Or is there? You tell me. 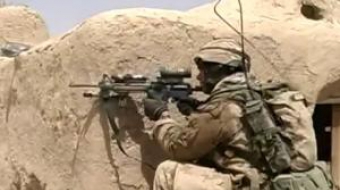 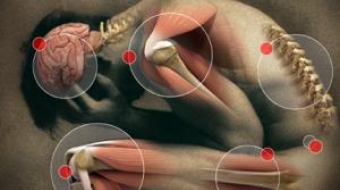