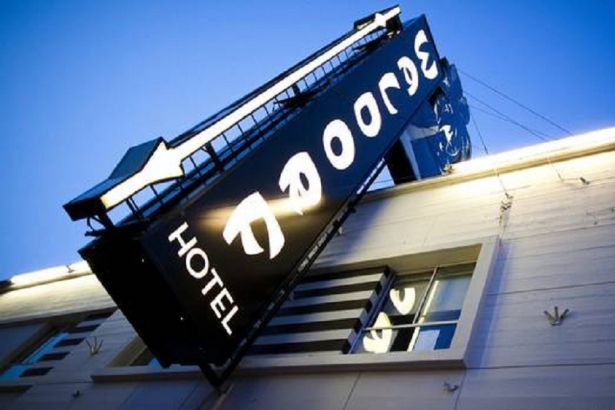 On January 9, 2013, I learned that the Waldorf Hotel in Vancouver’s east end was closing in 12 days. I’m tired of cultural and community gathering places being threatened or lost in the wake of property development.

It is, however, a complex issue. Housing is important. Thoughtful development of buildings and land to provide us with shelter and amenities in safe and sound conditions is important. But so is conservation of some of our heritage, history, community hubs, common areas, and public places. More importantly when a place exists, that is edgy, takes risks, and is an oasis in an otherwise forlorn part of town, we shouldn’t let it pass at the sight of the highest bidder.

It made me think of the long list of innovative, “at the bleeding edge” places I’ve been to in other cities or known about…

Florent Morellet took over a 24-hour diner in New York’s meat-packing district in 1985, when it was still a meat-packing district and not the trendy haunt of restaurant goers, fashionistas, and celebrities. Florent, the restaurant, became more than that, it supported fringe artists – who worked there by day or by night, for business services in exchange for meals, and as a venue for performances. It became a community hub and campaign headquarters – Morellet chartered bus trips to Washington, DC to protest against war or for gay rights.

As it grew in popularity, Florent attracted celebrities, tourists, and locals, but Morellet “created a reservation line just for neighbourhood locals (‘I didn’t care if famous people could get a table, but it was important that core people could get a table’)” as noted in this article in New York Magazine, which documents quite beautifully the story of Florent, the restaurant and cultural gathering place that he founded, their journey through gentrification, and ultimately the restaurant’s closing.

Friedrichstadtpassagen was built in 1907-08 as a department store in Berlin. After many years of changes in use and occupants, parts of the building were demolished in 1980 and full demolition of the building was planned for 1990. It was then that a group of artists occupied it, to save it from demolition and formed Art House Tacheles. The building became occupied with studios, workshops, a nightclub, cinema, and garden. An eviction was scheduled in 2011 and all the occupants and artists left the building in 2012. Tacheles was described by Jonathan Jones in the Guardian as “a meeting place for the city’s artists and subversives that had the atmosphere of some legendary, mythic avant garde venue of the past… … It was an experiment in the power of imagination.”

Jens Balzer wrote in the New York Times, “For Berlin’s inhabitants and visitors alike, then, its very existence stood for the idea that the newly unified city could and would provide space for creative experiments. The art center also stood for the harmonious relationship between the anarchic underground and the official culture of the capital.”

I remember suggesting a team dinner with my then-investment banking colleagues at Les Trois Garçons in 2003. It had been around for 3 years by then. Aside from an office building three blocks away that had been acquired and refurbished by a large London property development company in 2001 and warehouses which seemed unoccupied most of the time, there was not much else around in that neighbourhood. It was only a stone’s throw away from the City, London’s financial district, yet to get my colleagues to go north of Liverpool Street Station and into another postal code was unheard of. Change was afoot because later in 2003, the owners of Les Trois Garçons opened Lounge Lover, a decadent, kitsch cocktail bar.

If fine French dining couldn’t lure the bankers into uncharted territory, gin and tonics and martini cocktails could. The quirky, slightly dodgy “no man’s land” that was not quite Brick Lane and not quite Shoreditch began its transformation. In 2007, Shoreditch House, part of the Soho House group, and Beach Blanket Babylon of West London’s Notting Hill both opened East London locations, followed by Terence Conran’s Boundary Hotel which opened on New Year’s Eve 2008. 2010 saw the expansion of the East London Line and a station connected to the London transit system opened, around the corner from Les Trois Garçons.