What would make Vancouver a better place to live? 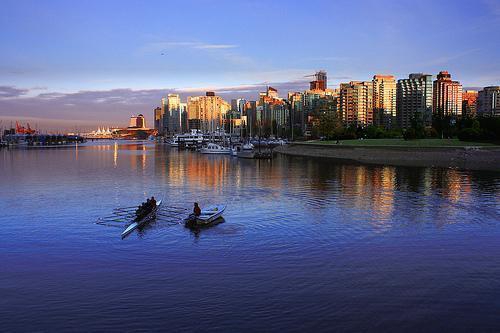 Thinking ahead to the next municipal election season, I have begun to ruminate on key issues facing the city. I have been asking myself what would make Vancouver a better place to live, work and play?  Lately I find myself overwhelmed by stories of young(ish) professionals who are leaving the city – often in their thirties, driven by the desire to purchase a home that is affordable for them and their families. They are grantmakers, green building specialists, filmmakers, and socially progressive bankers. All smart, caring folks, emerging in their respective fields.  All are assets to Vancouver.
Mostly they love the city but can’t afford to live here, even working at good jobs and earning good incomes. Sadly, the lowest rung on the home ownership ladder is too big a step. Or with children, the lowest rung (typically the one bedroom apartment) is not workable.  I wonder, is this cohort the ‘lost generation’ – talented, skilled, thoughtful people that are bidding adieu to the city, and taking with them their energy, skills and unique potential contributions.

Affordable home ownership is normally seen as an issue that affects just individuals. The idea being that if you work hard you will achieve the dream of homeownership.  And lets admit it, homeownership is a cornerstone in many Canadian’s financial plans, that at a point later life we will have paid off our house and will have lower costs of living.  Given that most Canadians don’t have pension plans, homeownership is even more important.

Yet it’s not simply individuals that are affected when homeownership is inaccessible. Essential workers can no longer afford to purchase in the city – many ambulance drivers, nurses, firefighters and police officers move to find housing outside the city.  So if/when there is an emergency these people are a distance away, separated by bridges and tunnels.

Vancouver Economic Development Commission sees affordable housing as a challenge for our economy. It’s hard to attract new businesses because our housing prices make Vancouver a less desirable a location for their prospective employees.  Urban theorists like Richard Florida talk about the creative class (knowledge workers and people in the creative industries) and how the vibrancy of cities and their economies are driven by this group.  Housing here isn’t accessible for our young creative, cultural types, so they choose to leave. These are not the only folks who can’t afford to be in Vancouver, but the fact that they can’t effects us all.

It's time to dedicate some of our collective resources to creating what I would call ‘attainable’ housing.  In other cities they call this workers or workforce housing. This translates into making homes affordable to people who work in the city. Workforce housing does not replace the need for housing for the homeless or affordable rental.  It’s a missing piece in our housing continuum, one that isn’t really talked about, or clearly identified, but is increasingly needed.

There are a number of models out there.  Among them are community land trusts, community-based group and homeowners pay a small fee to lease the land.  This brings down the cost of housing, and through the trust the homes are kept affordable over the long term.  This model that has been used successfully in the U.S.

In Toronto, a non-profit group called Options for Homes is able to sell units at below market prices because they don’t charge a typical developer profit.  They do charge a small second mortgage on each unit, which is then aggregated to create a pool of funds that allows for the ongoing creation of new units. Six hundred families are about to move into their own homes, in an Options project that is just being completed.

As a resort community, Whistler has long struggled to provide affordable housing or people who worked in the community. Fifteen years ago, the city took a long-term view and began, working with developers who contributed to a housing fund or build affordable units, as a condition of development approvals. This was a requirement of their development approval, in effect, a way that they were expected to give back to the community.  The municipality recently announced that they now have sufficient affordable housing to meet local demand, a task that I am sure must have seemed impossible to address in a meaningful way 15 years ago.

We have working models and a real success story from our northerly neighbour  - Whistler. Now is the time for Vancouver to take this on.  So if I had one wish as a Vancouverite – it would be that the election focus on how we build a city that is inclusive for all, that strives to ensure that the people who work and contribute to our city get to live here too.