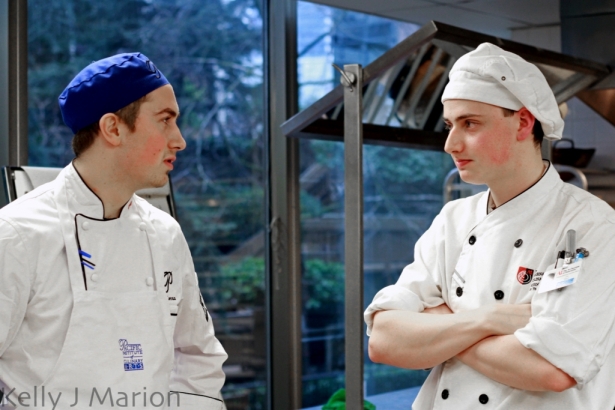 Photos by Kelly J Marion -- follow her at @kellyjean247

Matt Cusano and Kevan Hafichuk, two student chefs in Vancouver, are preparing for a North America-wide chefs' event in Toronto.

Known as the S. Pellegrino ALMOST Famous Chef Competition, it acts as a mentoring program that connects top culinary students with established chefs and influential media. Since its inception in 2002, it has helped to launch hundreds of culinary careers while refining the skills of a new generation of chefs across Canada and the United States.

The two talented Vancouver lads who have earned their entry in to the competition have been practising hard to fine-tune their dishes and work on their presentation skills. They will unveil their creation in front of judges at the semi-finals at the end of February, leaving Vancouver on the 24th.

A small media group put Matt and Kevan to the test Tuesday to see if they could handle the pressure of cameras, questions and discerning palates. 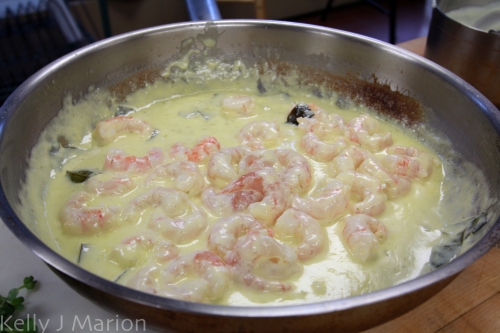 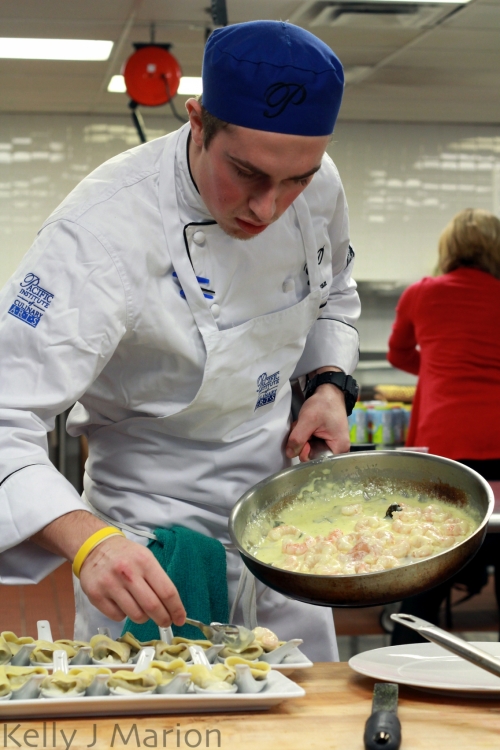 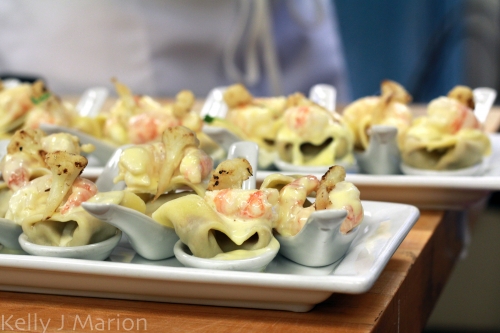 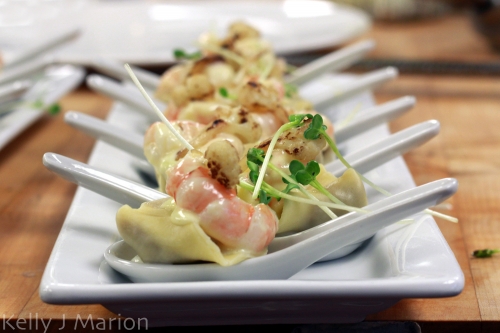 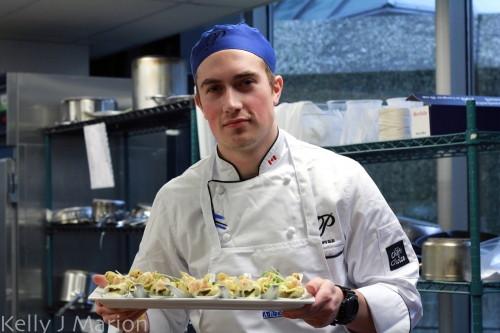 Matt Cusano, a student at the Art Institute International Culinary School prepared a halibut dish that packed a little heat. 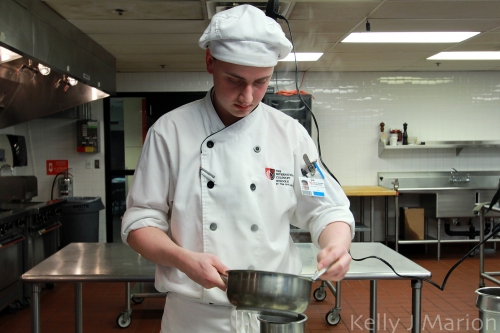 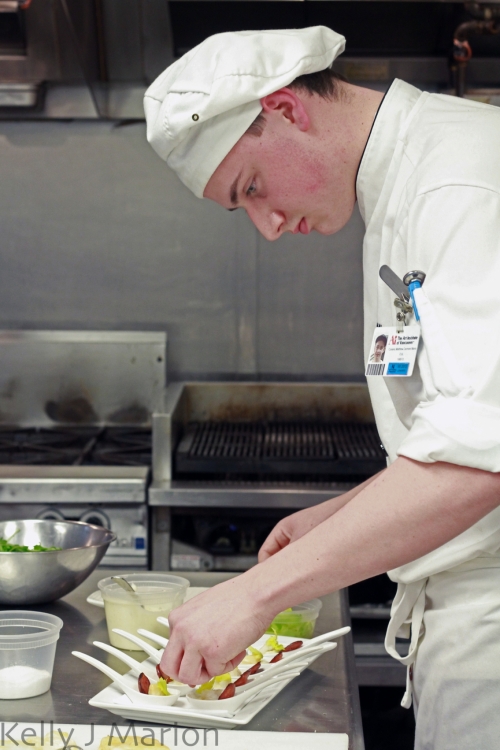 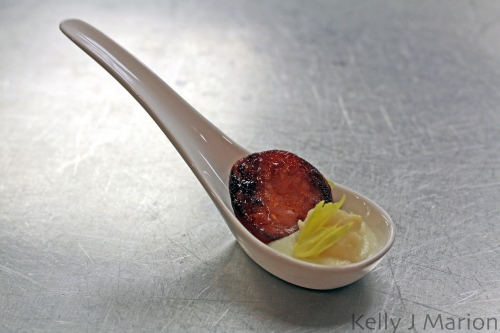 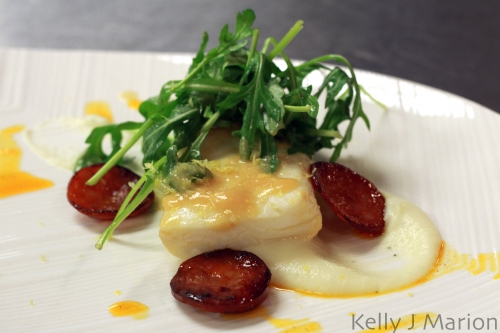 The winners of the competition move on to the finals in March in Napa Valley, California, where they will compete for up to $22,000 in prize money, a one-year paid apprenticeship with a celebrity chef and a chance to recreate the winning dish during an extensive media tour.

For more photos check out my Almost Famous Chefs set on Flickr. 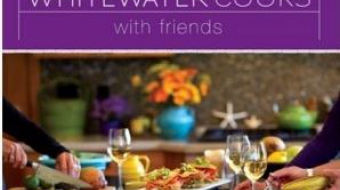 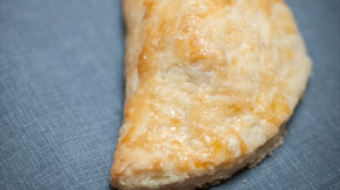 Apple season is here and these flaky apple turnovers are perfect for a blustery day.
Monica ReyesNov 19th, 2011 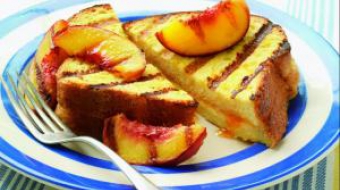 Sharpen your grill skills with this mouth-watering breakfast or brunch, and get the most out of every sunny day.
Paul VoykinJul 30th, 2011
Speak up about this article on Facebook or Twitter. Do this by liking Vancouver Observer on Facebook or following us @Vanobserver on Twitter. We'd love to hear from you.