Having won five games in a row following a 3-1 decision over the Colorado Avalanche Thursday, the Canucks have quickly answered a few lingering questions that arose at the start of the season.  They are proving they can win on the road, the second and third lines can produce, and the power play and penalty kill can both be in the upper echelon of the NHL.  It’s a combination of these things, along with getting key players like Keith Ballard and Alex Burrows back in the lineup that sees the Canucks in the division lead for the first time this season, and playing the hockey everyone in Vancouver expected to see from the start.

The Canucks were the last team in the NHL to pick up its first road victory after handing Edmonton a 4-3 defeat at Rexall Place on Tuesday.  The Canucks went into that game sporting an 0-3-1 record and questions were starting to mount as to what was wrong away from Rogers arena.  Raffi Torres scored 2 of the Canucks 3 first period goals (including a beautiful diving goal; the kind of effort that will ensure he not only lives up to, but far exceeds the value of his $1 million contract).  Edmonton would claw their way back into the game, tying it in the third before Torres floated a backhander at the net that somehow found its way past Nikolai Khabibulin giving the Canucks their first road win on the year.  Two nights later in Colorado Cory Schneider got his third start of the young season, once again looking every bit the blue chip prospect the Canucks think he is, pacing the Canucks to a 3-1 victory.  Schneider is now 3-0 on the season and has surrendered only one goal in each of his three wins.

The recent improved road play is in part due to the Canucks getting some healthy bodies back in the lineup.  Keith Ballard returned from a concussion Monday versus New Jersey, while Alex Burrows made his season debut Tuesday following offseason shoulder surgery.  Ballard plays a key role on the Canucks defense, as he’s the team’s best shot blocking defenseman, while Burrows found himself in a familiar spot right off the bat in his return, being put where he belongs on a line with the Sedin twins.  The roster stability the Canucks are receiving now with only two key players still injured (Dan Hamhuis with a bruised foot and Sami Salo recovering from ankle surgery) prevents them from getting caught in bad line matchups on the road, as players aren’t being asked to fill in spots where they might be a little over their heads.

Special teams – specifically the power play – is the biggest reason the Canucks are sitting near the top of the conference after such an underwhelming start to the season.  The power play is firing at a league leading 28.3% thanks to the Sedin twins pacing the first unit, and Raffi Torres’ strong net presence on the second unit.  New assistant coach Newell Brown – who was brought in partly because of his track record of knowing how to run a good power play – is looking like a great offseason move for GM Mike Gillis.

The penalty kill – which struggled on the road to start the year – is also much improved as it sits at 86.4% which is good for 9th in the NHL as of Friday morning.  The Canucks road game has found the consistency they’ve had on the PK at home, not allowing a power play goal on the road over the past two games.

For the Canucks to extend this win streak and continue to sit near the top of the Western Conference it is vital they maintain their recent improved play on the road.  Having a top-ten power play and penalty kill is a calling card of elite teams in the NHL nowadays, and right now the Canucks boast that.  Up next is a true test of where the Canucks stand early in this season.  The perennial favourite  Detroit Red Wings visit Rogers Arena on Saturday night in what could be a very early preview of the two teams that will battle for the Western Conference crown by year’s end. 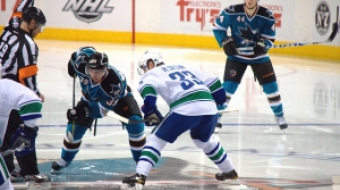 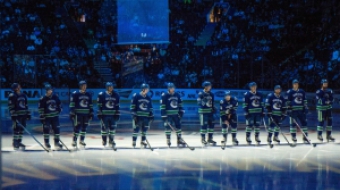 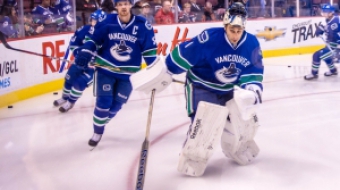