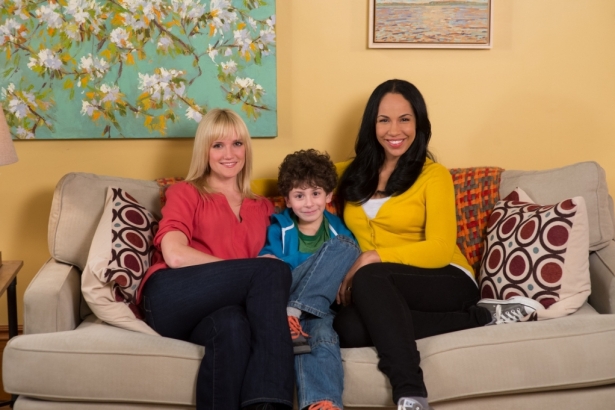 Nine-year old Vancouverite William Ainscough is making a serious impression in the film and television industry, booking his first two auditions after deciding he’d like to follow in his parents’ footsteps (his mother is actor Nicole Oliver and father is music producer Chris Ainscough), and enter the world of entertainment. The young talent recently made his television debut in the new original comedy series “Seed”, airing Monday nights on City at 8:30pm ET/PT.

The series gave William not only his first small screen role, but also the unique opportunity to act opposite of his mother, Nicole, in several episodes of the show in which she plays Billy’s teacher, Mrs. Anderson. 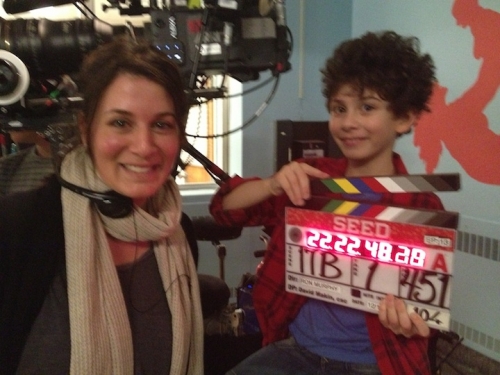 William and his fellow castmates (who include Adam Korson and Carrie-Lynn Neales) filmed "Seed" in Halifax. While he was there, William proved he has a philinthropic side as well, when he and co-star Abby Ross gave back to their temporary East coast home. The two young actors raised $1080, which they donated to the IWK Health Centre in Halifax.

William’s very first attempt at acting was a success, when he landed his first audition—an open casting call for the feature film “Hidden”. The movie, which follows a family hiding in a bomb shelter after a mysterious outbreak devastates civilization, stars Alexander Skarsgard (True Blood) and is directed by the Duffer Brothers. William was successful in landing the role of Joey, a slightly shy and soulful neighbourhood boy. The movie is set to hit theatres late this year.

William’s interest in the acting world began after a set visit to watch his mother in action. It was then he decided to try acting for himself, and began taking classes. It was clear after booking his first two auditions that it was a path well chosen. William’s mother, Nicole Oliver is an established Canadian performer, with credits including the host of “Crash Test Mommy” for 4 seasons and appearances in a variety of film and television roles (most recently she appeared on the series “Rogue”, starring Thandie Newton). She is also widely recognized for her vast list of voice-over credits and has lent her voice to such projects as the “Barbie” animated film series, “Littlest Pet Shop” and “My Little Pony: Friendship is Magic”.

Under a decade old, William is already an accomplished drummer and athlete, who can now add successful actor to his resume of accomplishments.
Photo Credit: Michael Tompkin
Read More:
Share on Facebook Share on Twitter