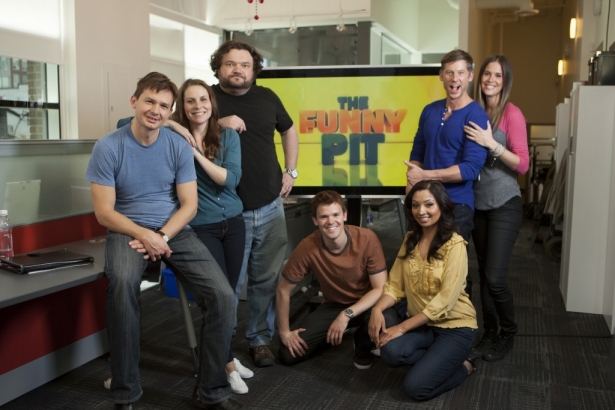 The new half-hour television program, which premiered on YTV earlier this month, is helmed by comedian Roman Danylo.

Have a side-splitting home video you'd like to share with the world? It could include a unique pet trick, random family moment, or unfortunate wipe-out--anything hilarious will do! If you were hoping for a broadcast audience for your clip, the new gag-comedy series "The Funny Pit", airing on YTV, may be just the platform you've been looking for.

The Funny Pit is a mash up composed of hidden camera gags, video gags, viral videos, pranks, bloopers, hilarious family portraits, wipe outs, talking pets, fake or for real video quizzes and man on the street social experiments, with outrageous results that can only be seen on this creative new show. Ring leader, Roman Danylo, best known for his appearances in several TV shows, including The Debaters, Corner Gas, Just For Laughs and Made in Canada (and has taped two stand-up specials for Comedy Now), guides viewers through these hilarious happenings and adds his own comedic flair to the mix.  Stand-up comedians Ryan Steele, Amy Goodmurphy (both natives of the Vancouver region), Toby Hargrave, Paul Bae and Ivan Decker also guest star and add their commentary to the unique and hilarious content being viewed.

Viewers are encouraged to submit their own humorous homemade videos and photographs, which can feature children, adults or animals during their most spontaneous and hilarious moments.