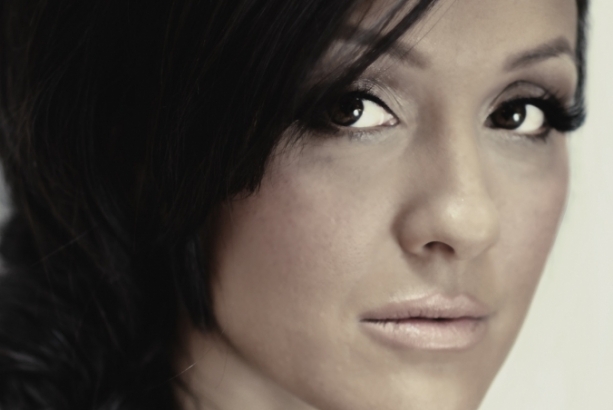 The series is a North American spin-off of the popular U.K. television series of the same name, which follows a specialized team of animal experts ad scientists who discover dinosaurs and other dangerous predators emerging onto the streets of modern-day Vancouver through anomalies in time. The show airs Monday nights at 10p.m. ET on SPACE. SPACE isn’t the only home to the new show, which has been sold to 15 other countries, and will be seen on SyFy in the U.S.
Crystal plays Toby Nance, a young physics prodigy, who is Evan Cross’ (Niall Matter) right hand girl. Recently, Crystal's character came out as a bisexual on the show. Crystal is doing a terrifc job representing the LGBT community on television with this role, and through it is challenging and going beyond typical stereotypes to portray a positive representation of a strong, bisexual character in a mainstream television show. 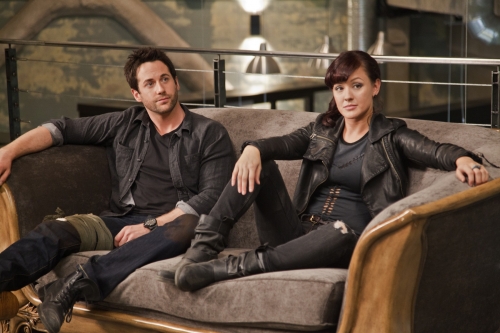 Set in Vancouver against the backdrop of the Pacific Northwest, the 13-episode, one-hour series is features a bevy of established genre heavyweights such as Niall Matter (Eureka, 90210) as the enterprising inventor and visionary hero Evan Cross, and Sara Canning (Supernatural, The Vampire Diaries) as Dylan Weir, predator attack expert and specialist in animal behavior. Both existing fans of the PRIMEVAL brand and the SPACE audience alike are sure to be excited by the imminent crossover from the original series into the NEW WORLD.