Vancouver's The Travel Guys to air in Canada 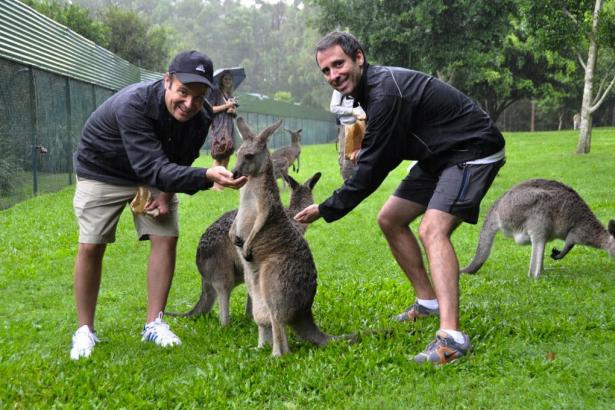 They've gotten up close and personal with panda bears in Xian, China, snorkeled along the Great Barrier Reef in Australia, and dressed as samurai warriors in Osaka, Japan. All in a days work for the two charismatic hosts (Jim Gordon and Darren Parkman) of the popular television series "The Travel Guys". The team, who continue to travel the world, are ready to share their experiences with an even wider audience with the announcement that "The Travel Guys" is now airing on four television networks across Canada including SHAW TV, OLN, CHEK and CHCH in Hamilton and Toronto.

Hosts Jim Gordon and Darren Parkman have interviewed the biggest stars in the world - including Clint Eastwood, Leonardo DiCaprio, Helen Mirren, and Brad Pitt. Their experience in the media and passion for travel makes for great television that is full of surprises! 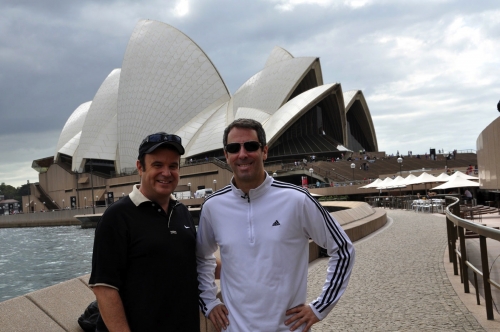 The Vancouver media personalities have written about destinations all over the world for years, and in 2004, they channeled that experience into their television travel show that began airing on SHAW TV.

"The Travel Guys" TV show is more than a travel information program; it is funny and personality driven. The series travels the world providing viewers with insight on both popular and undiscovered destinations, including tips on how to get there, where to stay, and what to see, all with a healthy dose of humor. Now in their 8th season, the show airs weekly in over 15 million households. Since launching the television show, they have filmed over 100 destinations in 50 different countries including Australia, Canada, Malaysia, Caribbean, China, England, France, Hawaii, Ireland, Italy, Japan, Mexico, Spain, Thailand, U.S.A. and the annual Film Festival in Palm Springs, California.

Check your local listings for details on show times.