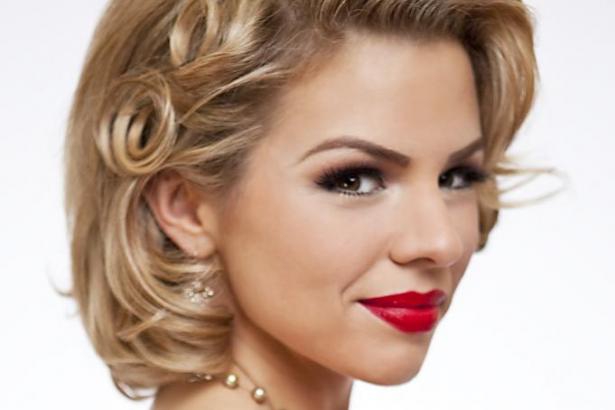 One of Hollywood North’s fastest rising stars, actor Ali Liebert, will be returning to the small screen in a much anticipated Global series, "Bomb Girls", premiering in January 2012.
Oscar nominated actress Meg Tilly (Agnes of God, The Big Chill) leads the   cast in this six-part, one hour show.

Set in the 1940s, “Bomb Girls” tells the story of  women who risked their lives in a munitions factory building bombs for the Allied forces fighting on the European front. The series delves into the lives of women from all walks of life – peers, friends and rivals – who find themselves thrust into new worlds and changed profoundly as they are liberated from their home and social restrictions. Liebert plays Betty, athe fast-talking girl from the Prairies responsible for training the bomb girls. 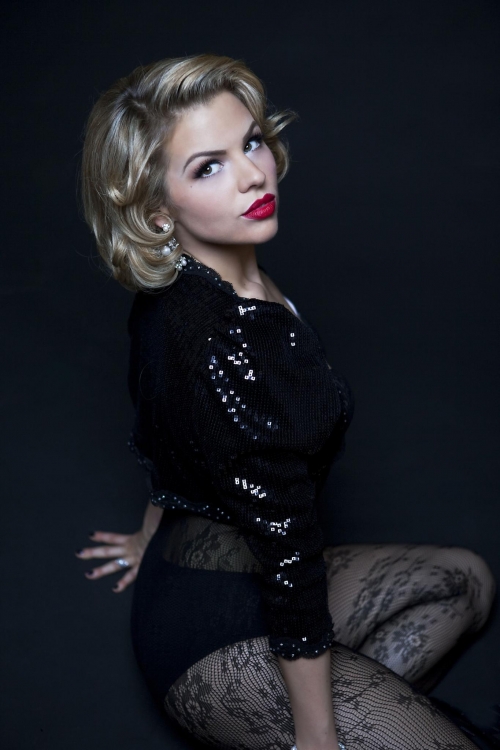 This incredible talent has had a whirlwind year, including having not one, but two films premiere at this year’s Toronto International Film Festival. Liebert appeared alongside an impressive ensemble cast in the Carl Bessai feature “Sisters & Brothers”. The film stars the absolute brightest of Canadian talent, from Jay Brazeau to Gabrielle Miller, to Ali’s long-time friend Cory Monteith, of Glee fame. The film is a part of acclaimed filmmaker Bessai’s trilogy, which began with “Mothers & Daughters” and “Fathers & Sons”, both festival gems. Liebert plays Traci in the film, a star crazed wannabe actress.

Liebert was also seen alongside Nick Stahl (Sin City, The Thin Red Line) in the Mike Clattenburg (Trailer Park Boys) film “Afghan Luke”. The comedy follows a disheartened journalist whose story about real events in Afghanistan had been buried and his vengeance trip back to the region to gather enough evidence to get his story to print. The trip soon turns into a surreal and perilous adventure, filtered through a haze of hash and gun smoke. Liebert plays Miss Freedom in the film; a gorgeous CFL cheerleader and singer who performs at various military bases and watering holes throughout the Middle East.

Her other recent movie news includes a role in the buzzed about feature film “Foxfire”; a drama, set in the 1950s, which follows a group of young girls in upstate New York who form their own gang. The film is based on the novel by multiple Pulitzer Prize finalist Joyce Carol Oates, Foxfire: Confessions of a Girl Gang, and written and directed by acclaimed French filmmaker Laurent Cantet, known for the Academy Award-nominated The Class (Entre les Murs), which won the Palmes D'or at the 2008 Cannes Film Festival. Producers hope to have the film wrapped in time to premiere at the 2012 Cannes festival.

Just this summer, Liebert appeared alongside an all-star cast in the feature film In the Hive. The film is based on a real school in North Carolina called ‘The Hive’, which provides a safe place for troubled boys to learn, and keeps them off of the streets and away from gangs and jail, while giving them a sense of worth. Liebert is the only Canadian actress cast in the powerful film, alongside an incredible cast, which marks her first leading dramatic role. The film stars an impressive list of Hollywood heavy hitters, including Academy Award nominee Michael Clarke Duncan, Loretta Devine and Vivica A. Fox. Rounding out the cast is the film’s lead Jonathan ‘Lil J’ McDaniel (That’s So Raven), who plays Xtra, one of the Hive’s top students and former gang banger.
Liebert's work on the small screen is just as busy, with recent roles in Hellcats, Human Target and Fringe. She is widely recognized for her series regular role of Nikki Bolton on the popular CBS horror/drama Harper’s Island.  She was handpicked by producer Jon Turteltaub (National Treasure) for the role, and lasted to episode 11 of 13 on the series which saw someone on the secluded island fall victim to an unknown murderer every week.
Liebert is a talented young actress who has quickly become one of Canada’s most in-demand stars, and is sure to shine onscreen in this latest role.
Take our survey and win a ski weekend at The Westin Whistler and lift tickets for Whistler Blackcomb.
Read More:
Share on Facebook Share on Twitter