Actor James Clayton is taking on the small screen 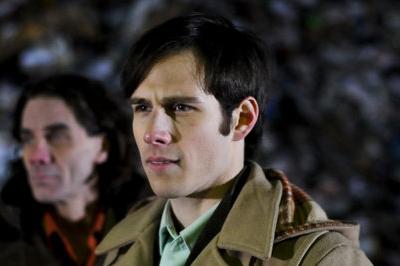 James Clayton takes the small screen by storm this month with two exciting roles on television.

James Clayton has left Canadian audiences laughing in the aisles with his latest television appearance in the the comedy feature film “Foodland”, which recently aired on the Super Channel. The hilarious caper comedy follows a naïve grocery clerk (played by James) who finds himself an unwilling accomplice to a robbery.

The indie film, shot and produced in Winnipeg, earned local screenwriter and director Adam Smoluk critical acclaim and the top prize of the National Screen Institute of Canada's Features First Program. Super Channel, Canada’s only national English pay television network, premiered this comedic gem on Oct. 12] in vivid HD; it had a run of more than a month on the station. Before landing on television “Foodland” also screened at the Yellowknife and Gimli Film Festivals. 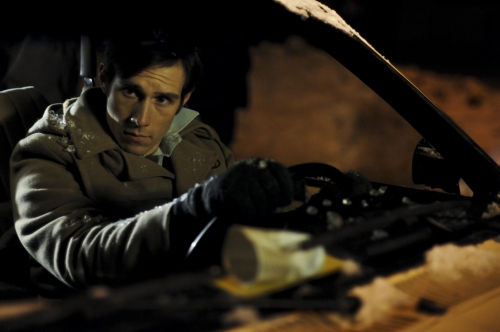 Most recently, James wrapped an episode on the fourth season of Fox’s hit series “Fringe”. The seventh episode of the season (featuring James) aired just last week, adding another exciting television role to his list of credits for 2011. James plays a character named Ned, who happens to hit on a girl the killer in the episode wants to get involved with. The killer tracks Ned down and their story unfolds.

James isn’t slowing down anytime soon: His next acting endeavor is set for the big screen. He is currently finalizing talent for the feature film “Candyland”, based on the novel of the same name by award-winning author Elizabeth Engstrom. It's set to shoot in Louisiana this coming March/April. The film is James’ first foray into producing and will be another starring vehicle for him. This project is six years in the making. James wants to be able to create his own work following the footsteps of many of the greats he admires, including Sylvester Stallone, Clint Eastwood and Michael Douglas.

Since booking his first role in “K19: The Widowmaker”, starring Harrison Ford and directed by Kathryn Bigelow, this young talent has been adding versatile credits to his acting resume. His other film credits include “Adam and Evil”, “The Bentley Box” and the short film “Bethany”. On television, James also appeared on the hit CW series “Supernatural”, giving Jared Padalecki’s character Sam a rough time as a surly bartender.