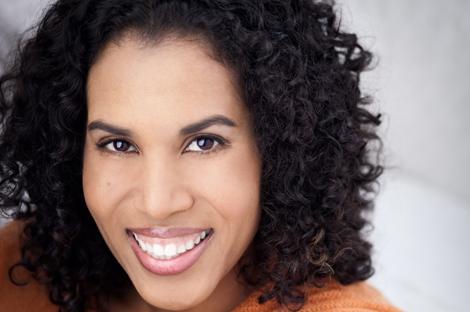 Leslie Lewis Sword brilliantly transforms herself into a host of characters to tell the incredible story of Rwandan Genocide Survivor Immaculée Ilibagiza, (www.immaculee.com) a real-life messenger of hope, in 'Miracle in Rwanda'. Last year, performer and writer Leslie, traveled to Rwanda with Immaculée to develop this unique piece of theater. This incredible and emotional return of Immaculée to Rwanda was the subject of a ‘60 Minutes’ segment, bringing international attention to the story of ‘Miracle in Rwanda’. 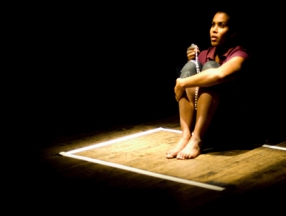 Immaculée’s profound story of tragedy and triumph involves her family’s brutal murder during the three-month slaughter that began in April 1994, as nearly 1 million Tutsis were massacred by the Hutu tribe. Miraculously, Immaculée managed to survive. For 91 days, she and seven other women huddled silently together in an undiscovered extra bathroom in a local pastor’s home. Immaculée’s terror escalated as hundreds of machete-wielding killers unsuccessfully searched the house repeatedly, determined to find and butcher her. Ultimately, Immaculée moved beyond intense fear and rage, to find a deeper connection to God than she ever thought possible.

With an uplifting message of forgiveness and compassion, ‘Miracle in Rwanda’, written and preformed by Leslie Lewis Sword, directed by Kerry van der Griend, and based on original direction by co-creator Edward Vilga, chronicles these dramatic events through the interior life of Immaculée. The message is one of personal empowerment, of overcoming all obstacles through the power of faith, and ultimately finding peace of mind amidst unbelievable hardship. Reminiscent of Anne Frank's tragedy, the true miracle of Immaculée's story is her ability to forgive.  After a New York City workshop developed by Ms. Sword and Mr. Vilga, ‘Miracle in Rwanda’ was first seen in Naples, Florida at TheatreZone, sponsored by artistic director Mark Danni. George Faison, the noted choreographer, is now a production partner.

‘Miracle in Rwanda’ is winning over critics and audiences alike, with numerous industry honors to its credit. The play has won ‘Sold Out Show’ at the Edinburgh Festival, was nominated for the Amnesty International Freedom of Expression award, as well as the prestigious African-American Audelco Award. Leslie has performed the African and Asian premieres of the acclaimed solo show in India and Rwanda.  These events mark over 150 performances of the show on 5 continents. Vancouver audiences will soon have the opportunity to attend this gripping performance as the world tour of ‘Miracle in Rwanda’ stops in Vancouver.

“[Miracle in Rwanda] is an accomplishment of spellbinding intensity and undeniable grace.” -The Buffalo News

For more information about Leslie Lewis Sword, or Miracle in Rwanda, please visit: