What happens to a community after experiencing a horrific hate crime and murder?

Do you happen to remember the murder of a young 15 year old boy by the name of Lawrence King? It is a story that resonated with many. And a murder that hasn't been resolved.

In a computer lab at a small town middle school in Oxnard, California,  14 year old Brandon McInerney took out a gun and shot Lawrence King point blank in the head in front of all the other students. Two days later Lawrence died.

What was the reason you ask?

Well, by all accounts Lawrence was different from the other kids in school. He sometimes liked to wear make-up, usually sported nail polish, and had fully admited to being gay.

He had also reportendly asked Brandon in the days before his execution style murder to be his Valentine.

According to the Los Angeles Times and KTLA, McInerney and some other boys accosted King about his sexuality on Feb. 11. Students apparently often taunted King, who didn't even have a safe home to return to after school. He was living in a shelter for abused and troubled children.

What has transpired in the few years since this horrific event-a trial date has still not been set- is what is examined by local award winning playwright Dave Deveau. I had a chance to sit down with Dave to find out a little bit more about this play, which opens this Friday in Vancouver.
"I first heard about this story while watching The Ellen Show "  he tells me. "The story hit me in a way that I couldn't explain."
What had first started out as partially scripted conversation/community forum, has evolved into a powerful one act play that is having it's world premiere here in Vancouver.
Deveau hopes that the play "...gets people talking about these issues." The aftershocks of this violent hate crime still reverberate in the small community of Ventura County, California where McInerney lived and went to school- and where most of the classmates who witnessed this are just getting ready to graduate.
So what exactly occurs in a tighly knit community facing such a horredous act? Do people take sides? Should Brandon be tried as an adult and face up to 53 years in prison? Did Lawrence bring this on himself by being so flamboyant? 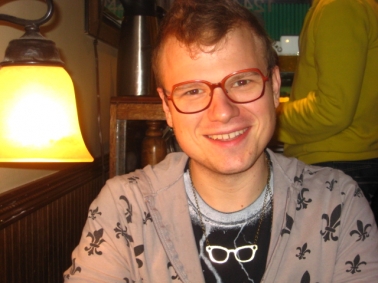 Playwright Dave Deveau
"How do you demand that someone understand you if their life experience is so drastically different from yours?"
The very talented Kyle Cameron brings seven characters to life in this tragic tale that is sure to get audiences talking.
My Funny Valentine opens on April 15th at the PAL Theatre, 581 Cardero Street at Georgia. For tickets and show times, visit www.zeezeetheatre.ca or www.ticketstonight.ca
Read More:
Share on Facebook Share on Twitter 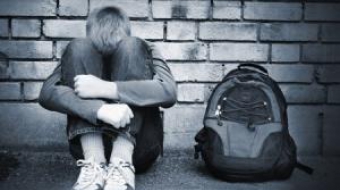