Palm Springs: bonfire of the banalities 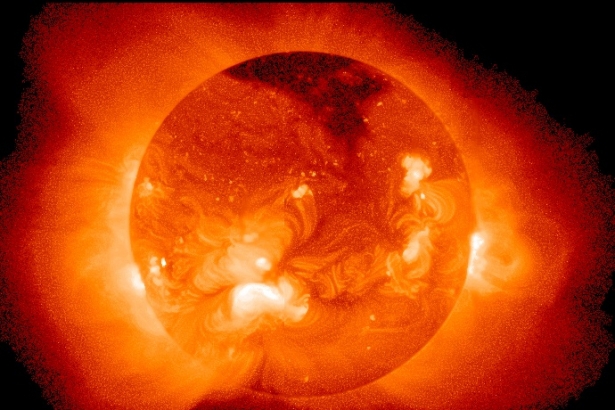 From the darkened bedroom where I lie as still as possible, I hear someone shout “no” from the living room and fear that the toilets have backed up into the shower drains again, but since I am trying to avoid any sudden movement or unnecessary excitement, I stay were I am with my eyes closed, waiting for this headache to go away.

Yesterday, my first full day in Palm Springs, I managed to get too much sun, though I anointed myself with liberal amounts of strong lotion and sat mostly under the umbrella and came back inside regularly to fetch more water. But the sun here has a liquid quality and seeps under any kind of shade, as if it were humidity.

This is the California desert. In August. When no one in his right mind would choose to be here.

Except that friends from Paris have rented a house, and I cannot yet imagine visting France because it has been 35 years since I was there to renew my English visa, and I’m more than a little afraid of the memories I am likely to encounter.  When the theatre company I worked for in London was falling apart, and the relationship I was in was falling apart.

I don’t want to think about that, so I lie as still as I can and listen to the roar of the air conditioner as it blows so much cold air down over me, that I have to get under the quilt. I want to think about when the sun goes down, and it is safe to sit outside and look at the moon and the shooting stars. I want to think of the extraordinary mountain we face when we sit by the pool in back of the house.

When I do venture outdoors in daylight, I cannot stop looking at this mountain. Brown and rocky, it rises from the flat valley like the shoulder of someone turning away in sleep.  I lose track of the conversation around the pool, a list of movie stars and indiscretions, gossip that is 60 or 70 years old.

People say Palm Springs is Disneyland for adults, a perpetual cocktail party, a Hollywood invention of the 1940s and 50s, frozen in time or dried like dead flowers. Others call it God’s Waiting Room for the preponderance of retirees. I’m told that half the town is gay and votes “blue” for the Democrats and the other half are right-wing fundamentalists who vote “red” which now refers to Republicans and not Communists.

A significant change from the 1950s.

On the way to dinner, one of Parisians asks for a definition of American kitsch, and someone mentions Liberace, who owned a number of houses in Palm Springs.

“No,” I say with surprising authority. “That’s High Camp. Kitsch includes working people. High Camp is for the rich.”

The novelist Milan Kundera defines kitsch as an aesthetic "in which shit is denied and everyone acts as though it did not exist." And I think about what the plumbers have been cleaning out of the shower drains in the house where we are staying. "Kitsch,” says Kundera, “excludes everything from its purview which is essentially unacceptable in human existence."

We’re on our way to Monday night Sissy Bingo at the Ace Hotel led by a 6’ 8”  drag queen named Bella De Ball and her tiny sidekick, retired New York City singer Linda Gerrard, who has us guessing Noel Coward and Cole Porter songs by first singing their long intros. Bella welcomes everybody as they come in, asks where they’re from. Germany. France. Austin, Texas. I am one of three Canadians in the crowd. Bella wears a lime green wig that adds another foot to his height, a bright flowered mini skirt, and a sweater because the air conditioner is on too high. Later in the show, he explains that he’s been calling bingo since he was a little boy in Minnesota church basements.

The bingo is fun. The food is good. The drag queen is nice, not bitchy. I wouldn’t expect anything else from a Minnesotan. And there are prizes, a lot of good-natured laughing, and some pretty good songs.

The singer explains that she is just back from three months off being sick, and as we leave, I stop to thank her. She tells me she has stage four cancer and is singing with only one lung.

“Can you tell?” she asks, looking worried.

“I don’t know where you were pulling that voice from,” says my friend. “Your heart, I guess.”

“Or my ass,” she laughs and then starts coughing.

What strikes me about Palm Springs is what strikes me about any desert I have visited. A vast sense of geological time. When this was the bottom of an inland sea. The relentless white light of the sun. The unlikelihood of survival. Scorpions. Rattlesnakes. Vultures circling overhead.