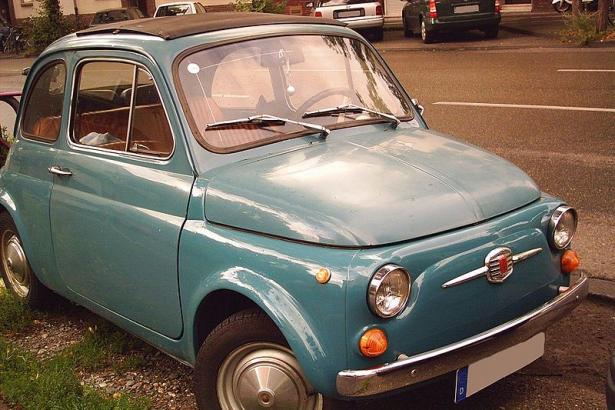 To my credit, I have struggled mightily with guilt. This is Vancouver, after all. If I care about the future of the planet and the good opinion of my colleagues at the Vancouver Observer, I ought to rely entirely on Translink or at least join the car co-op.

Trust me, a bike is not an option—in the interest of public safety.

In the end some terrible retro cowboy desire for independence won out. And I bought a Cinquicento. Not the one pictured above, a new one.

That in itself pitched me headlong into yet more guilt. When I’ve bought a car in the past, it was always used. And it was usually just weeks before I would drive to New Mexico for the summer with all my stuff—typewriter, manuscripts, paint box, clothes, books … A practical car. Dependable. The cheapest I could find. A point of honour back East, where frugality is the cultural norm.

So my question to the inspecting mechanic was always: would you drive your family across the country in this car?

The answer was always yes.

And mostly that was true. A mechanic couldn’t have foreseen the funky electrical problem, which caused my second old Volvo to suddenly labour up hills in Pennsylvania and then to cut off and roll to a stop on the Interstate in Oklahoma. All that summer I had the damn thing in and out of the best mechanic shop in Taos, the one everybody swore by, the guy who kept even the worst rattletraps running.

Not this Volvo. Its problems were electronic, not mechanical. And I was doomed.

Long story short, my next old car was a Subaru, and my mental health improved by 80 per cent. (There is no worry quite like worrying about an automobile.) The car started when I turned the key. It went up hills and down dales. It stopped when I put on the brake.

It had a radio that could play cassette tapes and CDs. This was luxury.

And when it came time for me to immigrate, it was a 1998 Subaru Forester that carried me from Maine to Vancouver with—once again—all my stuff. Yes, even my old typewriter, 5 or so boxes of books I knew I could not live without, pots, pans, 2 rugs and more winter clothes than I would ever need.

Everything had gone smoothly until I reached the outskirts of Calgary and heard a strange rattling in one of the back wheels. I pulled into Canadian Tire, and the mechanic discovered that the lug nuts were stripped bare, and the wheel was about to come off. Seems the mechanics at my garage in Maine hadn’t cleaned them each time they rotated the tires for the car’s previous owner. The Canadian Tire mechanic fixed it up well enough to get me on the road again, but said I’d need a new wheel when I got to Vancouver.

The mechanic I found once I got here suggested I buy four new wheels.

And then I realized we were peering at each other over a vast cultural gap. In New England, a car’s sole purpose is to get you from point A to point B without injury.

In Vancouver, a car is a mark of social status, an essential factor in one’s identity. Clothes don’t make the man; his car does. I am what I drive. And so my old war horse of a Subaru covered in pollen and pigeon droppings, with mismatched wheels, a bumper sticker that read: “Honor the Dead, Heal the Wounded, End the War,” and a back seat full of paintings left to dry pretty much said it all.

Or most of it.

Evidently, there’s more to express— something new, something European, dare I say stylish?

I wouldn’t go that far.

Then this morning, just as I was working my way through the last of my carbon footprint guilt (never mind the ghost of Mussolini), I saw the article posted by my editor, Jenny Uechi, taking Fiat to task for an ad in which a woman tells her husband she’s getting a boob job. This sends him into a euphoric dream state which ends with his high dive into what he imagines is his wife’s surgically improved cleavage, or the cleavage of his present mistress or—he’s Italian—it might be his Mama’s. 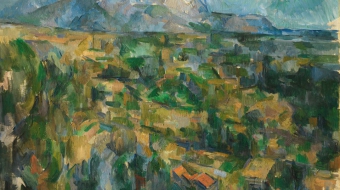