The labour fight at Rocky Mountaineer rail service keeps chugging into ever more twisty terrain, with no clear sight of a resolution down the track.

Just last week a Vancouver judge found Teamster Local 31 in contempt of court because of picket line activities outside the Lower Mainland operations of Rocky Mountaineer.

And now the Teamsters are pointing to the recent injury of an elderly passenger as evidence those replacements pose a safety risk for passengers -- a charge the company denies.

The dispute that led to the contempt ruling started with the rail service's management recruiting potential strike breakers (otherwise termed "replacement workers" or "scabs" depending on one's point of view) on Craigslist, the online free classifieds service, in May. Next came a Teamster strike vote. Then the employer locked out its unionized workers in June.

Rocky Mountaineer is currently operating behind picket lines using those workers it hired through Craigslist to replace the locked out Teamsters.

On Aug. 25, Justice Affleck of the B.C. Supreme Court ruled that Teamster Local 31, which represents the locked out on-board attendants at the luxury rail travel firm, is in civil contempt of court because of incidents on picket lines between July 11 and 22.

Justice Affleck rejected management claims that union pickets had breached a court order prohibiting them from "intimidating, attempting to intimidate, or harassing in any manner the Plaintiff's employees, contractors, train passengers, customers, or suppliers of the Plaintiff."

However, the judge did agree with claims from Rocky Mountaineer management staff that union pickets had breached an earlier order, which prohibited them from getting in the way of and slowing vehicles and people trying to get to the Rocky Mountaineer train and board it.

Justice Affleck ruled against the union for allowing its picketers to say "stop" to taxi drivers and having them "stand in front of buses and taxis and [refusing] to move them out of the way when requested to do so."

Local 31 lawyer Leo McGrady told The Tyee that a hearing to impose sanctions on his union clients had not yet been scheduled. He said the union would be suggesting the fine be fairly minimal, given that "there was no violence and no threat of violence, and no intimidation."

'We are at an impasse': Rocky Mountaineer

Local 31 president Stan Henessy said he was disappointed by the contempt finding.

"This is such a peaceful, quiet picket line," he told The Tyee, noting that no customer complaints, or police complaints or charges, were presented to the court. The picketing will continue, Hennessy said.

Both Hennessy, speaking for the Teamsters, and Ian Robertson, who speaks for Rocky Mountaineer, were doubtful that the dispute would be solved any time soon, each blaming the other side for lack of progress.

Robertson told The Tyee that his company had made seven separate offers to the union, the last on July 8, and all were rejected.

"We have had no new creative proposals from the union," he said. "We are at an impasse, but we are still working with the federal conciliator, and we're ready to bargain in good faith."

Hennessy, speaking for the unionized on-board attendants, said his members want a settlement, and that the union was surprised to hear Rocky Mountaineer spokespeople in radio interviews claim that the company was always ready to negotiate.

"That is categorically not true," he told The Tyee. "The last offer the company tabled was worse than the one my members rejected when they took a strike vote in June, and that bad offer was made a month and a half ago. At that point they wanted to roll back wages by two per cent and take away some things that have been in the contract for a while, like private accommodation for the on-board attendants when they finish their long shifts. It sure looks to us like this employer doesn't want to negotiate seriously. They are spending hundreds of thousands of dollars on lawyers and security guards, but they won't move on our contract proposals. Our members are determined to win. "

Teamster lawyer McGrady said that any thoughts the employer might have that the setback in court would weaken the resolve of the Rocky Mountaineer employees would be a mistake. "The Teamsters who work for the Rocky Mountaineer are committed to their contract demands," he said. "They are not going to be starved out."

One of the questions raised by the use of strikebreakers to replace trained passenger attendants, the Teamsters' Hennessy told The Tyee, is whether the new workers are properly trained and prepared. He introduced a Tyee reporter to one former Rocky Mountaineer passenger who says her mother was injured by a strikebreaker who "didn't seem to know what she was doing." 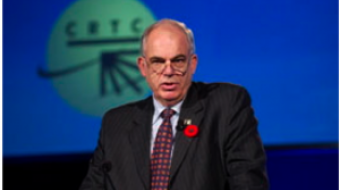