"A child not raised by their mother will be raised by the world -- Asiyefunzwa na mamae hunfuzwa." This African proverb, translated from Swahili, encompassed the sentiment and purpose in the room of the Visual Space Gallery in Southeast False Creek last Friday evening, June 7.

Randy Plett, in conjunction with Central City Rotary presented Inocent, Etc.  The gallery was host to a fundraising art exhibition showcasing the beautiful photographs created by 25 children living in an orphanage in Tanzania, East Africa.

All proceeds going back to the orphanage would meet immediate needs for food and medicine for the children. Randy's own remarkable photographs of the orphanage were also included in the exhibition.  Each photograph displayed was labeled with the name and age of the child that created it.

You might be wondering about the title of the fundraiser and, probably the spelling.  There is only one "n".  Inocent is the name of one of the children in the orphanage and the omission is intentional-or at least we think so.  Randy is not exactly sure how it came to be that way, but it is as unique as the boy himself and now tied to the creation of the event and all it represents.

The photos capture the children in their everyday lives, but beyond that they tell a story and connect us to their world.  The following one, captured by Angela, age 7, is completely candid and also interesting because of the unique angle at which it was taken.

Another photo labeled "Happiness" , also the name of the child pictured in the photo, was one of my favourite shots. It was pure light and joy personified.  This one made me smile, feel joy and actually forget any troubles I thought I had in my own world on the other side of the globe. 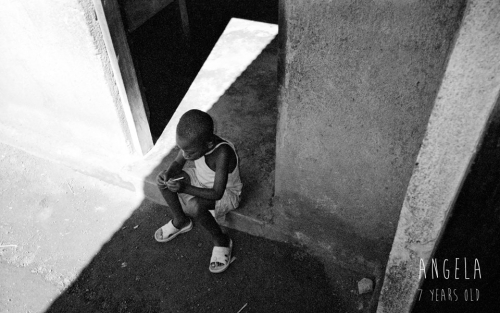 "Bushoke", also by Randy, is resident of the Children Concern Foundation  orphanage. Randy says if you met him, you would fall in love with him instantly.

The idea for the fundraiser came to this Vancouver based travel photographer during one of his trips to Africa and so he and his team set out and bought 25 disposable cameras, brought them to the orphanage, gave them to the children and taught them how to use them.  They returned a week later to develop.  The results were pure magic.

The 25 black and white film cameras given to the children captured 625 exposures.  Almost all of them "turned out", making it very difficult to choose which ones to use, Randy noted.  Participants were able to place orders for the wall prints for $45 and also buy a "Reversible Postcard" for $5 with one of the children's photos on the front and space for a personal message on the back.  Postcards would be mailed together to save shipping costs.  I bought one, wrote my personal message, and hoped it would fill their hearts with a bit of warmth. 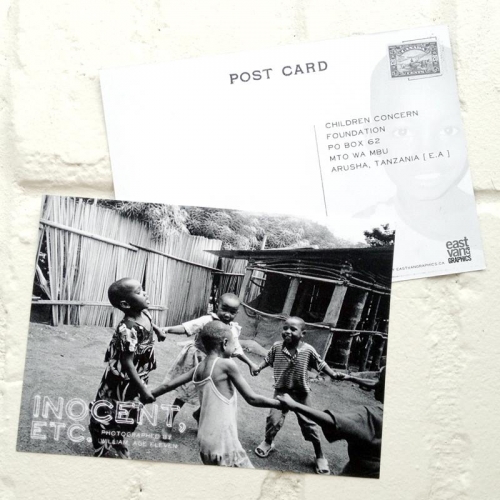 Through his beautiful series of photographs Randy communicated a strong sense of connectedness and raised awareness not only of our local community but of the global community.  The message and purpose of the event seen in many of the photos is the simple yet powerful idea of to 'togetherness'-a strong thread that unites us all. 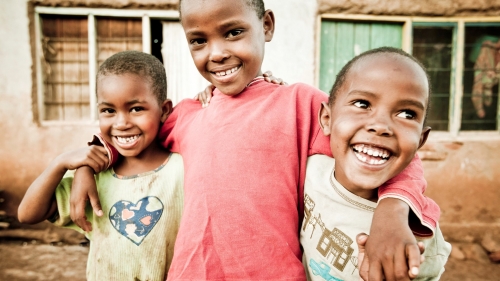